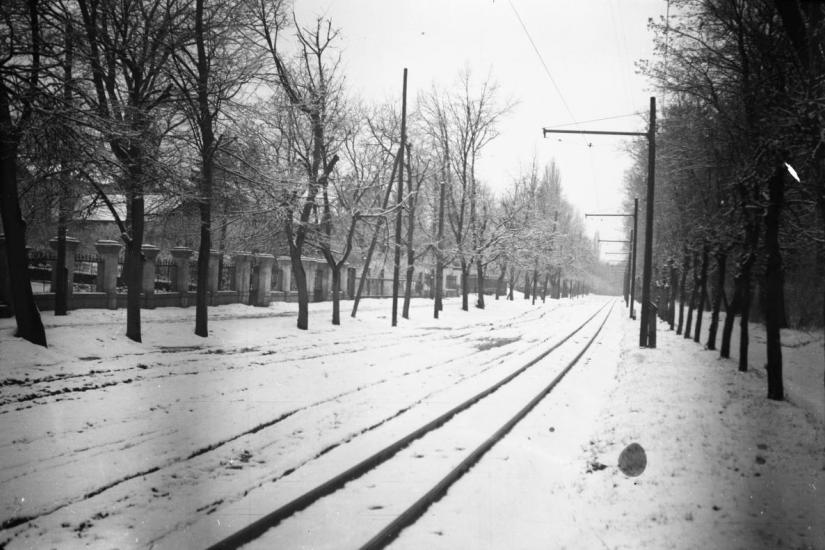 The History Department, the Pasts, Inc. Center for Historical Studies and the Advanced Certificate in Political Thought program

cordially invite you to the public lecture by
Dániel Margócsy:

This talk examines how wartime conditions affect the practice of reading. Its focus is on how Machiavelli’s The Prince was read by a high-school student, Gábor Fehér, in Nyíregyháza, Hungary, in World War II. By examining how Fehér (and others) studied Machiavelli to understand Hitler, and how Fehér reflected on contemporary thinkers’ writings about modernity, this talk offers a contribution towards understanding how ideas about politics circulated in the period. It also provides a pre-history of Quentin Skinner’s contextual interpretations of political thought, examining how earlier proponents of contextualism reconciled their historical sensibilities to the idea of comparing Machiavelli to Hitler.

Photo: Nyíregyháza in the winter of 1942, credit: Zsanda Zsolt / Fortepan

Dániel Margócsy is university lecturer in the history of science, technology and medicine before 1800 at the Department of History and Philosophy of Science at the University of Cambridge. He is the author of Commercial Visions: Science, Trade, and Visual Culture in the Dutch Golden Age (Chicago, 2014) and, with Mark Somon and Stephen N. Joffe, of The Fabrica of Andreas Vesalius: A Worldwide Descriptive Census, Ownership, and Annotations of the 1543 and 1555 Editions. His current research focuses on the long-term reception of early modern texts and images, and the impact of transportation technologies on early modern science and medicine. Photo credit: cc-by-sa 4.0 Sage Ross