The Ukrainian Night: The Meaning of the Maidan in a Postmodern World 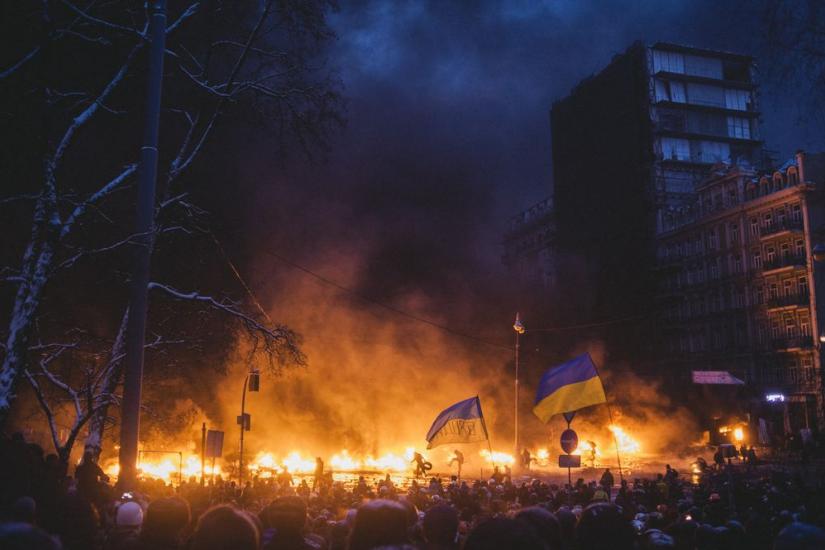 The Advanced Certificate in Political Thought (ACPT) specialization and Pasts, Inc. invite you to the public lecture by

THE UKRAINIAN NIGHT: THE MEANING OF THE MAIDAN IN A POSTMODERN WORLD

“This is a civilization that needs metaphysics,” Adam Michnik told Václav Havel in 2003. A decade later, on 21 November 2013, Ukrainian president Viktor Yanukovych unexpectedly reversed the course of his own stated foreign policy and declined to sign an association agreement with the European Union. Around 8 p.m. that day a thirty-two year-old Afghan-Ukrainian journalist, Mustafa Nayem, posted a note on his Facebook page: “Come on, let’s get serious. Who is ready to go out to the Maidan”—Kiev’s central square—“by midnight tonight? ‘Likes’ don’t count.” No one then knew that “likes don’t count”—a sentence that would have made no sense before Facebook—would bring about the return to metaphysics to Eastern Europe.
While the world watched (or did not watch) the uprising on the Maidan as an episode in geopolitics, those in Kiev during the winter of 2013–14 lived the revolution as an existential transformation: the blurring of night and day, the loss of a sense of time, the sudden disappearance of fear, the imperative to make choices.

Marci Shore is associate professor of history at Yale University. Her research focuses on 20th-21st century intellectual history in Central and Eastern Europe. She is the author of Caviar and Ashes: A Warsaw Generation's Life and Death in Marxism, 1918-1968; The Taste of Ashes: The Afterlife of Totalitarianism in Eastern Europe; and The Ukrainian Night: An Intimate History of Revolution. In 2018 she received a Guggenheim Fellowship for her current project titled “Phenomenological Encounters: Scenes from Central Europe.”