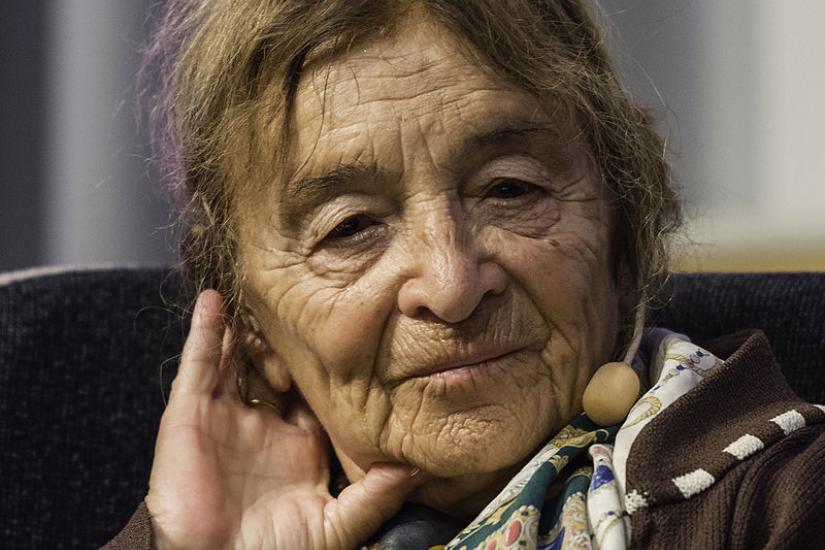 ABSTRACT / Join us for an informal event and reception to celebrate the philosopher Agnes Heller. Speakers include Janos Kis, professor at CEU; Judith Friedlander, former dean of the New School and professor emerita at Hunter College; and Ivan Szelenyi of New York University.  Agnes Heller will offer a reply.

Please register for the event using this link.

BIO / Agnes Heller is a well-known philosopher and lecturer. She was a core member of the Budapest School philosophical forum in the 1960s and later taught political theory for 25 years at the New School for Social Research in New York City. She lives, writes and lectures in Budapest.

The 1956 Hungarian Revolution was the most important political event of Heller's life. At this time, she saw the effect of the academic freedoms of Marxist critical theory as dangerous to the entire political and social structure of Hungary. The uprising confirmed Heller's ideas that Marx really meant for people to have political autonomy and collective determination of social life. In 1963 emerged what would later be called the "Budapest School," a philosophical forum formed by Gyorgy Lukacs to promote the renewal of Marxist criticism in the face of practiced and theoretical socialism. Until the events of the 1968 Prague Spring, the Budapest School remained supportive of reformist attitudes towards socialism. After the invasion of Czechoslovakia, the School and Heller came to believe that the Eastern European regimes were entirely corrupted and that reformist theory was apologist. After years spent in exile in Australia, Professor Heller left to take up positions at the New School in New York City.

Her contribution to the field of philosophy has been recognized by the many awards that she has received, such as the Hannah Arendt Prize for Political Philosophy in 1995, the Sonning Prize in 2006 and the Goethe Medal in 2010.