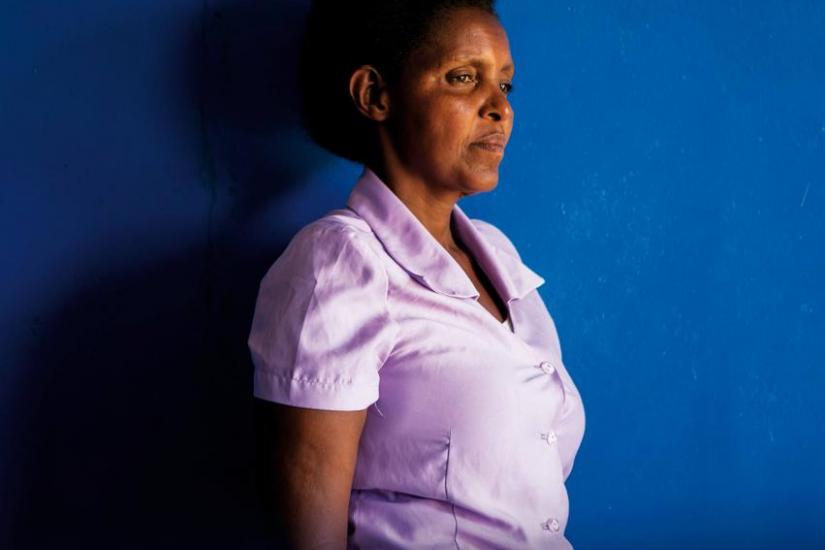 (in original language, with English subtitles)

UNFORGIVABLE is the story of Alice and Emmanuel, two people on opposing sides during the Rwandan genocide in 1994. The film reveals what happens when the person who nearly destroyed your life confronts you and asks for forgiveness.

Unforgivable recounts the story of the 1994 Rwandan genocide through the eyes of the film’s two protagonists: Alice and Emmanuel. Alice’s life was changed forever when she tragically lost her daughter and her hand by the stroke of a machete. Emmanuel who was drawn into the genocide by fear, wielded the machete and has suffered by guilt over his actions. Many years later, Emmanuel returns and confesses to Alice that he was the man wielding the machete.
Shot entirely in Rwanda, the documentary collects images and testimonies from a dark chapter of human history and it reveals the soul’s internal journey for both the victim and the attacker.

This is the first documentary conceived, shot and produced by director Giosuè Petrone in collaboration with Mary Beth Minnis, executive producer of TOWER. TOWER was the 2016 SXSW Grand Jury Prize Winner, shortlisted for an Academy Award and nominated for a Producers Guild Award and the Peabody Prize.

The film explores how feelings of unbearable guilt are managed, how one finds the courage to face their victims and why Alice should forgive the man who caused her so much harm.

Unforgivable won “Best Short Film” at the 2018 Hill Country Film Festival and is in the official selection for the deadCENTER Film Festival.

The director of the movie will be present for a discussion.
The entrance to the event is free.

Before the movie, there will be a workshop and vernissage related to the topic from 3.30-5 pm:
The Neighbor’s Window – human rights negation and mediation workshop. Venue: Gellner Room (Nádor u. 9.)
Please register at cac@ceu.edu