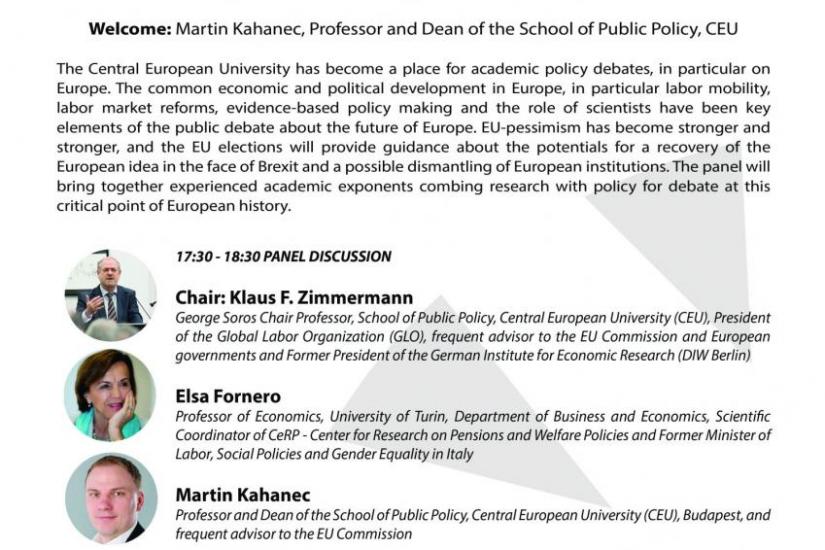 Welcome:
Martin Kahanec, Professor and Dean of the School of Public Policy, CEU

The Central European University has become a place for academic policy debates, in particular on Europe. The common economic and political development in Europe, in particular labor mobility, labor market reforms, evidence-based policy making and the role of scientists have been key elements of the public debate about the future of Europe. EU-pessimism has become stronger and stronger, and the EU elections will provide guidance about the potentials for a recovery of the European idea in the face of Brexit and a possible dismantling of European institutions. The panel will bring together experienced academic exponents combing research with policy for debate at this critical point of European history.

Elsa Fornero
Professor of Economics, University of Turin, Department of Business and Economics, Scientific Coordinator of CeRP - Center for Research on Pensions and Welfare Policies and Former Minister of Labor, Social Policies and Gender Equality in Italy

Martin Kahanec
Professor and Dean of the School of Public Policy, Central European University (CEU), Budapest, and frequent advisor to the EU Commission