W.A. Mozart: The Marriage of Figaro 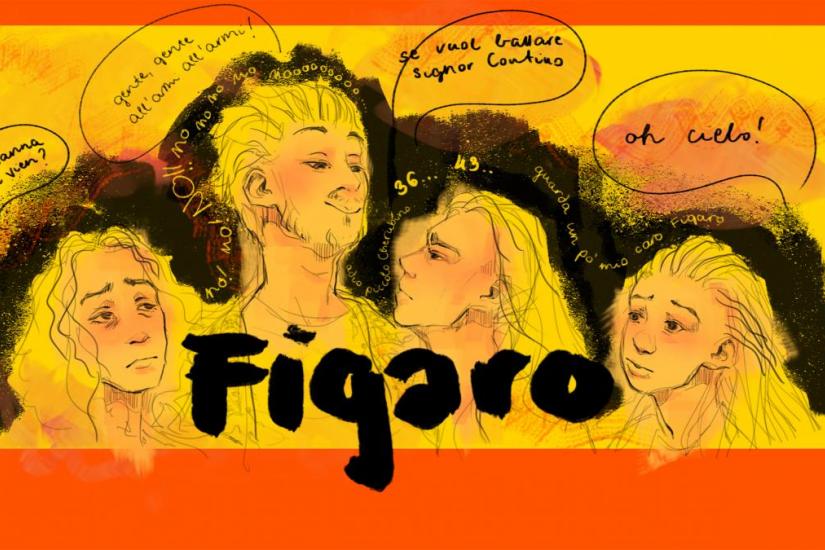 In original language - Italian - with Hungarian introduction and English summary

„Hangképző”, the choir of Secondary School of Visual Arts has put on stage its already fourth „barefoot” opera.

Our students not only sing and play in the pieces, they also create the props, costumes and posters.

The conductor of the choir and originator of the performances is Árpád Tóth who is also the leader of Csíkszerda, the „flagship” of Hungarian community singing.
István Pavelcze is the stage manager and Nóra Sármán, teacher of the school, offered her help with the costumes.

The Secondary School of Visual Arts (known also as „Kisképző”) is one of the oldest, continuously functioning school in the country – this year they will close the 240th school year. The school, uniquely in the country, has an opera ensemble where students adapt, learn and put on stage operas as part of their afternoon – free time – activities. After preparing the piece throughout the school year they present their „barefoot” operas to high school students at spring and early summer performances, with the aim to show that opera can be different from how it is sung in the Opera House.

This year it is Mozart’s masterpiece, the Marriage of Figaro that students decided to enact, a play that in its time had a political message as well.
We can recognize the characters in today’s setting, too: the well-off aging bon vivant who is flirting with his employees, the mature woman who wants to gain back her husband’s attention, the jealous bridegroom, the smart young bride are all characters of the court’s intrigues just as the extremely charming Cherubino or the young Barbarina who can’t spend a minute without her boyfriend.
The one hour long performance of the Kisképző students aged 14-19 wishes to make a strong statement about musical education as part of general knowledge, providing a proof of its “raison d’être” in the curriculum.