Water - the Beginning and the End

Water - the Beginning and the End 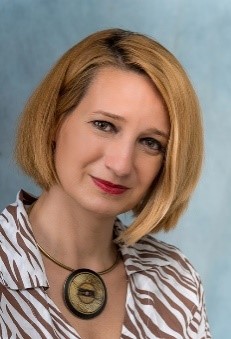 Abstract: Today’s difficulty in accessing healthy drinking water and sufficient food and the resulting health consequences are now the same fundamental threat to human life as war or persecution. Water has never been the subject of war ever in history, but in the future this trend may be changing. Consequences of the water conflicts in the Middle East and Africa can be triggers of local conflicts, and have a direct impact on Europe as well. The lack of drinking water together with extreme weather, drought caused by lack of fresh water and as a direct consequence food shortages may create ‘climate - water refugees’. Migration problems related to water security are already a decisive challenge for Europe and this is likely to continue for decades. Social security, a new area of security studies, means the widening of the state-centered security concept, and occasionally its replacement. As a flip side of water shortage, plentiful water resources may lead to a geopolitical appreciation of a country just like oil or natural gas reserves. Countries with abundant water reserves may appear and act as ‘water banks’.

Presenter: Krisztina Ligetvári is a water security expert. She obtained her PhD degree in March 2019 from the National University of Public Service, Doctoral School of Military Sciences, Budapest, Hungary. Her PhD research is dealing with freshwater scarcity as source of conflicts, cause of migration in Europe’s Mediterranean neighbourhood, where she has been studying security risks generated by water scarcity for almost a decade. Krisztina Ligetvári is also an experienced energy efficiency policy expert with a fifteen year track record working in the government administration; Ministry of Economy and Transport and Ministry of National Development, Hungary; and the Ministry for Energy and Health, Malta. She has practical experience  in international relations, European Union policy making, policy analysis, energy efficiency, environmental protection, economic development and infrastructure-transport national strategies, plans and programmes. She worked with various organisations, including NGOs, research institutions, universities and businesses to formulate strategies, programs and projects. Through this she had the opportunity to gain policymaking and analysis experience in the academic, private and public sectors at both the European Union (EU) level in Brussels and at the national level in Hungary and Malta.