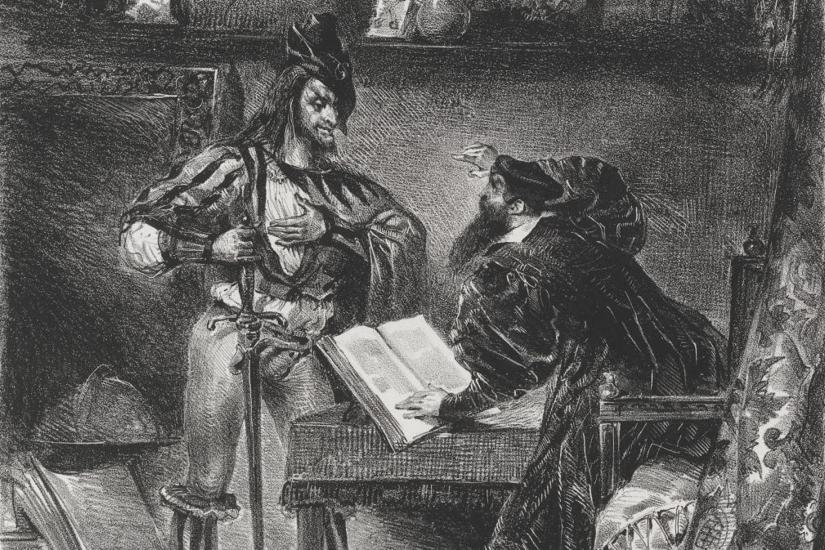 cordially invites you to a book presentation

Frank Baron was born in Budapest, Hungary and emigrated to the United States in 1947. After studies at universities in Illinois, Indiana, Marburg and Göttingen, he received his doctorate at the University of California in Berkeley. He began teaching German language and literature at the University of Kansas in 1970. His work as director of the Max Kade Center for German-American Studies resulted in a digital library for Alexander von Humboldt and a book on Abraham Lincoln and the German immigrants. He has published books and articles on the history of Renaissance humanism, origins and evolution of the Faust legend, and the works of Rilke, Thomas Mann, and Herman Hesse.

His book under discussion this evening is entitled Der Mythos des faustischen Teufelspakts Geschichte, Legende, Literatur and was published by de Gruyter this year.

This event is only open to the members of the CEU community. If you would like to join us as a member of the Center for Religious Studies Facebook Page and/or CRS Newsletter recipient from outside CEU, please RSVP by e-mail to religion@ceu.edu