A Year of Research at CEU: From Algorithmic Bias on Social Networks to Economic Complexity 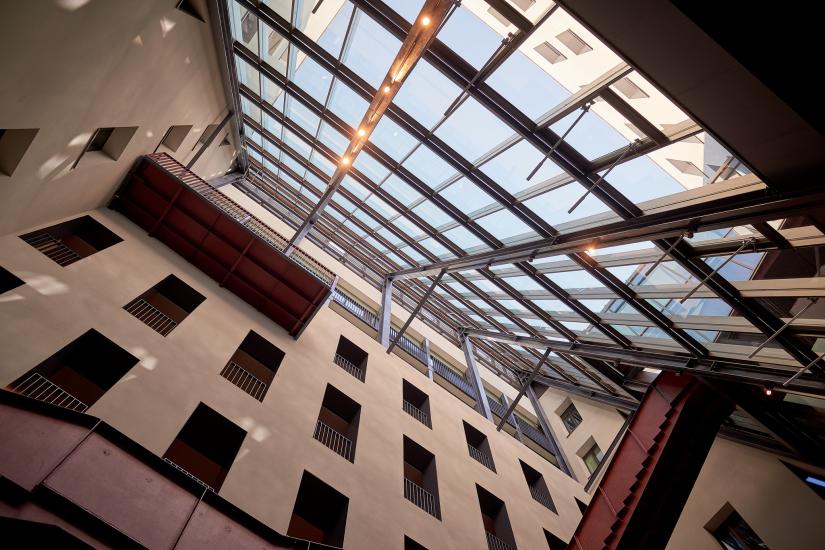 ABSTRACT / This talk will be the overview of both one project that is ongoing and the work that has been done to win the 2019 edition of the EUdatathon.

The first part will tackle a problem for which a general framework is still lacking: how to describe algorithmic bias in a general way in order to be able to explore its effect on several dynamics? Algorithms play a decisive role in how opinions diffuse in society, since, in order to maximize platform usage and popularity, they introduce hidden biases in the selection of news that individuals have access to. Quantifying the effect of algorithmic biases on the diffusion of information in social networks is then of central importance for further understanding how people interact in media-rich online environments.

The second part will focus on introducing the already known concept of economic complexity and on how it provides a data-driven, network measure that does not rely on any classification of experts and can be used to track the growth potential of countries. Within this contest the level of European Union cohesion (in terms of export patterns) and the impact of a sudden geopolitical events have been explored.

BIO /  Matteo’s research topic is to investigate the effect of bias in opinion dynamics models to provide a deeper explanation on the causes that bring to a polarized society.

He has worked as Research Intern within the CNS computing group at INFN Bologna and within the Machine Learning and Massive Data Analysis group at Ecole Normale Superieure Paris Saclay (Paris). Alongside his PhD, he is a data scientist at Financial Network Analytics, where his focus area is financial crime investigation.

Other interests are data mining, visualization, economic complexity, open software, blockchain and whatever is tech related.