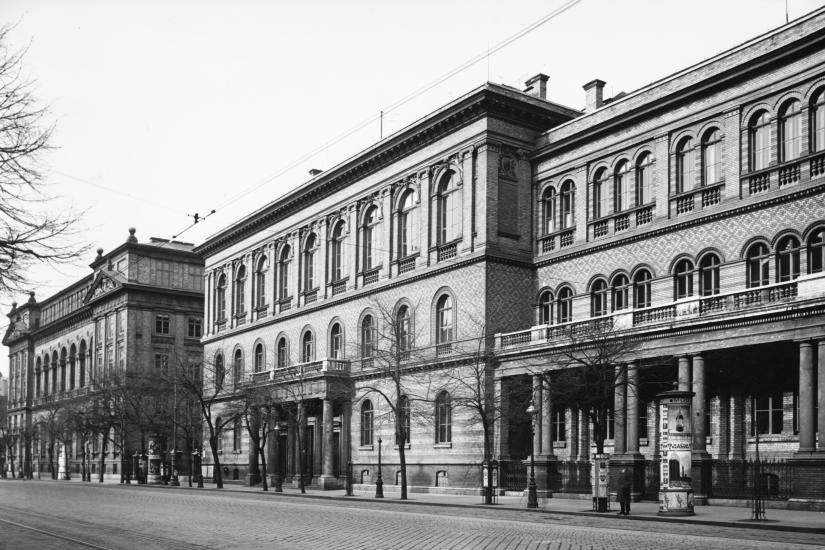 The defense is open to the public but registration is required.

This dissertation investigates the dynamics between academic antisemitism, Jewish social mobility and Jewish migration through the case study of the “numerus clausus exiles” – as Jewish students who left interwar Hungary due to the antisemitic numerus clausus law (Law XXV of 1920) were called by contemporaries and historians.  After a conceptual and historiographic introduction in the first chapter embedding this work in the contexts of Jewish studies, social history and exile studies; interwar Hungarian Jewish peregrination is examined from four different aspects in four chapters based on four different types of sources.

In the second chapter an analysis of contemporary Hungarian (Jewish and non-Jewish) discourses is based on pro-Horthy, Conservative, Liberal, Social Democratic, assimilationist Jewish and Zionist press. It is argued that peregrination from Hungary was in the general press recognized as a mostly Jewish phenomenon, caused by the restriction of Jewish access to Hungarian universities, rather than a voluntary movement motivated by thirst for knowledge. In the meantime, the plight of émigré students became a central topic in Jewish press because a new Hungarian Jewish community of fate and identity was built on the support mechanism for numerus clausus exiles.

Based on a database of over 1000 Hungarian medical and engineering students enrolled in universities abroad between 1920 and 1938 – Czechoslovakia, the First Austrian Republic, Weimar Germany and Fascist Italy – that the dissertation’s author constructed; the third chapter analyzes the social background of émigré students – most of whom were Jewish. In this way the case is made that studying abroad was a phenomenon of lower middleclass Jewish youth’s upward social mobility through education rather than an escape route reserved for privileged Jews.

Ego documents written and edited (in most cases even published) by numerus clausus exiles provide the source base for the fourth chapter which reconstructs their own narratives on their peregrination. The prevalence of interpreting their student migration as exile from the Hungarian homeland unfolds both from autobiographies and memoirs written decades later and from letters sent while studying abroad, albeit with important individual variations.

Based on digital databases, the fifth chapter follows up the career and life trajectories of students after their studies abroad. Four basic patterns are distinguished among the biographies of the over 1000 subjects: the most successful ones emigrated to the Western world usually through step-migration through Weimar Germany and did not return to Hungary. Few numerus clausus exiles immigrated to Palestine, however, they played important roles in the higher education and scholarship of Mandate Palestine and later of the State of Israel. Most numerus clausus exiles were forced to return to Hungary in the late 1930s due to the spread of hostility towards foreign Jews across Europe. They belong to two main groups, namely Shoah victims and Shoah survivors. The latter were likely to stay in Hungary for the rest of their lives after liberation, their experience with emigration notwithstanding, because they received opportunities for career advancement earlier denied to them and many believed this was also a chance to redeem Hungary from inequalities and injustices through Socialism. At the same time, quite a few numerus clausus exiles were put on show trials in the Stalinist period due to their past abroad and many more got disillusioned by the discrepancies between the ideal of Communism and the reality of State Socialism.

Finally, it is argued in the final conclusions that this study speaks to the larger questions of how a minority can respond to discrimination and how individual initiatives from below can develop into communal agency based on solidarity.