The launch of László Rajk's book 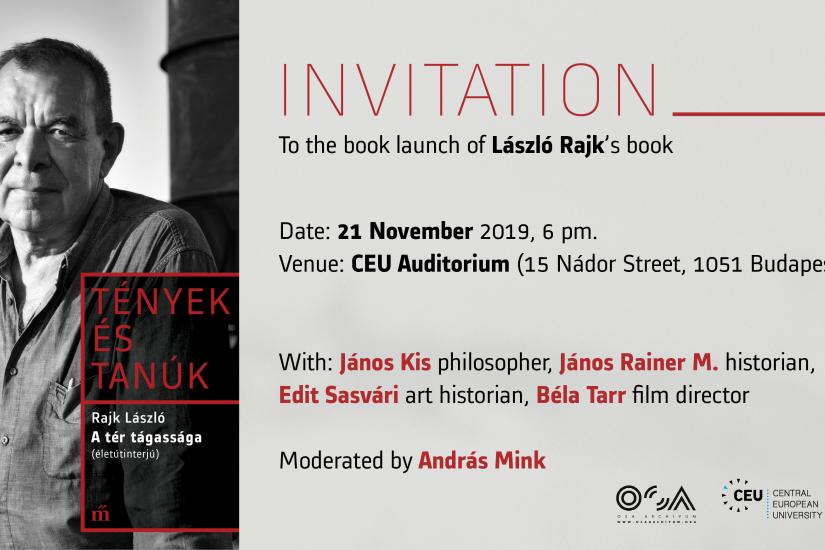 Invitation to the launch of László Rajk's Book

The event is in Hungarian.

The biographical interview with László Rajk conducted by András Mink now published in the series Tények és Tanúk (Facts and Witnesses) is the edited version of the 2009 original interview and a 2019 addition.

An eventful life and rich artistic career is seen through the prism of post-World War II Hungarian history.
Deprived of his birth name and placed in an orphanage after his communist politician father was executed in 1949, and exiled in Romania after the fall of the 1956 revolution, young Rajk becomes an architect interested in forms of art engaging in the criticism of the regime. While he joins the democratic opposition emerging in the 70-es, becomes one of the founders of Hungarian samizdat, then the politician and parliamentary representative of the Alliance of Free Democrats, he never abandons his career as architect and production designer. His portfolio includes the building of the Lehel Market Hall, and design for films Man from London, Time Stands Still and Oscar winner Son of Saul. In the book photos and documents highlight the most important moments of Rajk’s life as well as the pivotal points of his political and artistic career.  Notes and an annotated index help the reader better understand the historical context.