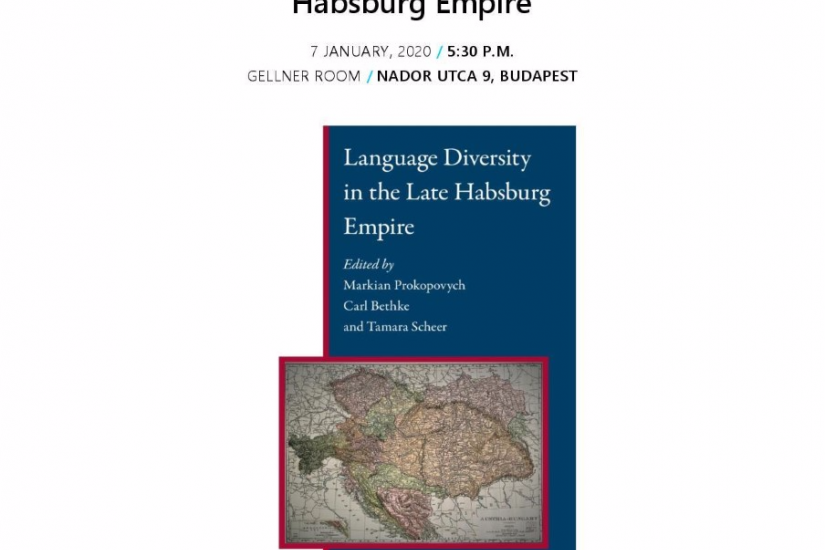 Pasts Inc., Center for Historical Studies and the History Department, with the support of the Austrian Cultural Forum in Budapest cordially invite you to the book launch of

The Habsburg Empire often features in scholarship as a historical example of how language diversity and linguistic competence were essential to the functioning of the imperial state. Focusing critically on the urban-rural divide, on the importance of status for multilingual competence, on local governments, schools, the army and the urban public sphere, and on linguistic policies and practices in transition, this collective volume provides further evidence for both the merits of how language diversity was managed in Austria-Hungary and the problems and contradictions that surrounded those practices.

The launch will be chaired by Katalin Stráner and will include presentations by book contributors based in Hungary: Ágoston Berecz, István Csernicskó, Csilla Fedinec and Jeroen van Drunen.