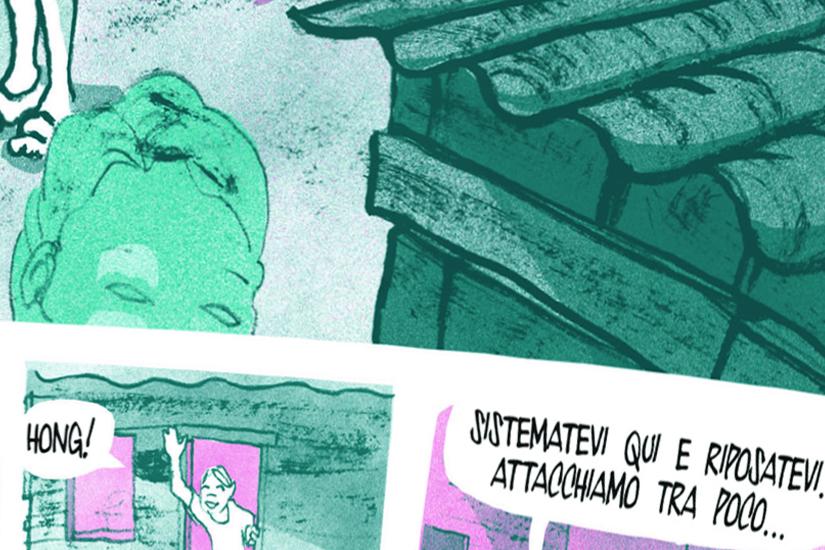 The King of Bangkok is an anthropological graphic novel that that tells the story of contemporary Thailand through the like of Nok, an old blind man who sells lottery tickets in Bangkok. Through an alternation of reflections on contemporary Bangkok and flashbacks to his past, we reconstruct Nok’s story, his love story with

Gai, the ups and downs of their migrant lives, as well as those of an entire country around them. The King of Bangkok is a story of migration to the city and distant families in the countryside; a story of economic development eating its land and children and of political protests choked in blood. Ultimately, it is a story about contemporary Thailand and how the waves of historical changes lift, engulf, or crash two ordinary people. In this talk the authors Claudio Sopranzetti (Assistant Professor in Anthropology at CEU) and Sara Fabbri discuss the process of transforming 10 years of ethnographic research into a comic, from the conceptual, narrative, and graphic point of view.

Sara Fabbri is a designer, cartoonist, and animator. She is the Artistic Director of Linus. Her drawings have been awarded the Andrea Pazienza price for comics and were selected for the BJCEM, Biennale des jeunes créateurs de l’Europe et de la Méditerranée and the NCN LAB from Fondazione Cinema Roma.

Claudio Sopranzetti is an Assistant Professor of Anthropology at the Central European University and a Fellow of All Souls College, Oxford. He is the author of  Red Journeys (Washington University Press 2012) and Owner of the Map (California University Press 2018) which was awarded the 2019 Margaret Mead Award.