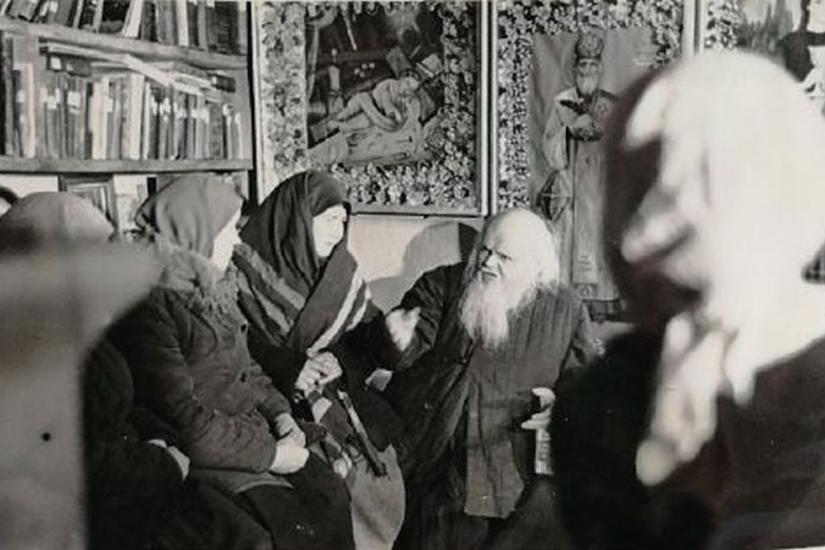 This film screening event presents communist-era representations of religion of trial. We contrast a Khrushchev-era anti-religious propaganda film from the Soviet Union with a Hungarian film that employs an ethnographic eye on its object of derision. The screenings will be followed by a discussion with the curators and researchers of the Hidden Galleries project, James Kapaló and Kinga Povedák who will present their own research and that of Hidden Galleries collaborator Tatiana Vagramenko.

We will screen two films:

“The End of Spider” is a Soviet anti-religious propaganda film from 1959. It features a show-trial against a small community of True Orthodox (or Ioannite) believers from Ukraine. Father Mitrofan, the priest of the community, was known among believers as a miraculous healer. The village, where he lived, attracted numerous pilgrims who sought his blessing and spiritual help. The film was made under the direct supervision of the Soviet security service (KGB). Some photos found in the secret police file were borrowed from this film and were used as criminal evidence against the believers on trial.

The film presents Mátraverebély-Szentkút – a recognized pilgrimage-site with a centuries-long history. The subtitle for this film is The Poisonous Kiss and refers to the framing ideological logic behind this documentary. The film focuses on the public health hazards associated with infections from ‘miraculous water’ but most importantly from touching and kissing holy statues by pilgrims.