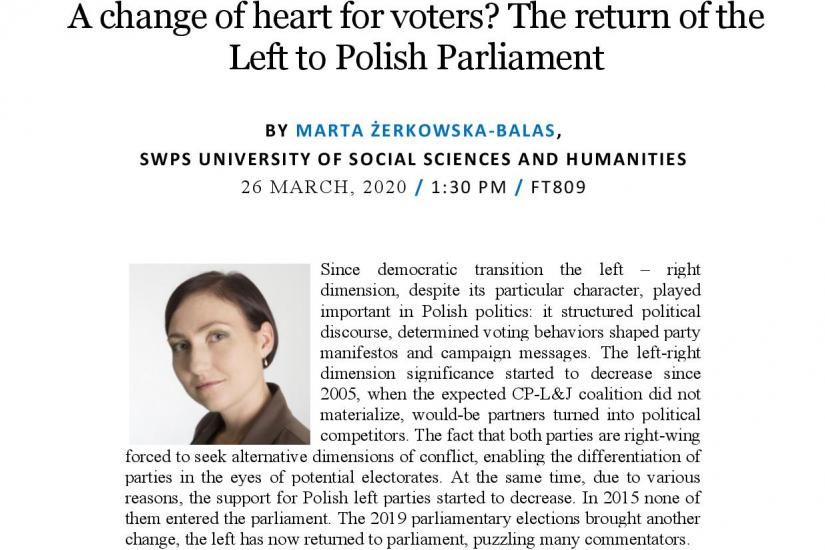 Since democratic transition the left – right dimension, despite its particular character, played important in Polish politics: it structured political discourse, determined voting behaviors shaped party manifestos and campaign messages. The left-right dimension significance started to decrease since 2005, when the expected CP-L&J coalition did not materialize, would-be partners turned into political competitors. The fact that both parties are right-wing forced to seek alternative dimensions of conflict, enabling the differentiation of parties in the eyes of potential electorates. At the same time, due to various reasons, the support for Polish left parties started to decrease. In 2015 none of them entered the parliament. The 2019 parliamentary elections brought another change, the left has now returned to parliament, puzzling many commentators.

The main objective of the present paper is to explain what happened between 2015 and 2019 elections, what were the causes of left defeat in 2015 and their great come back in 2019. In order to answer the research questions we use panel post-electoral data from CAPI survey realized after 2015 and 2019 elections. (Co-authored with Michał Wenzel.)