Behind the Baton - The Mystery of Conducting with Gergely Madaras 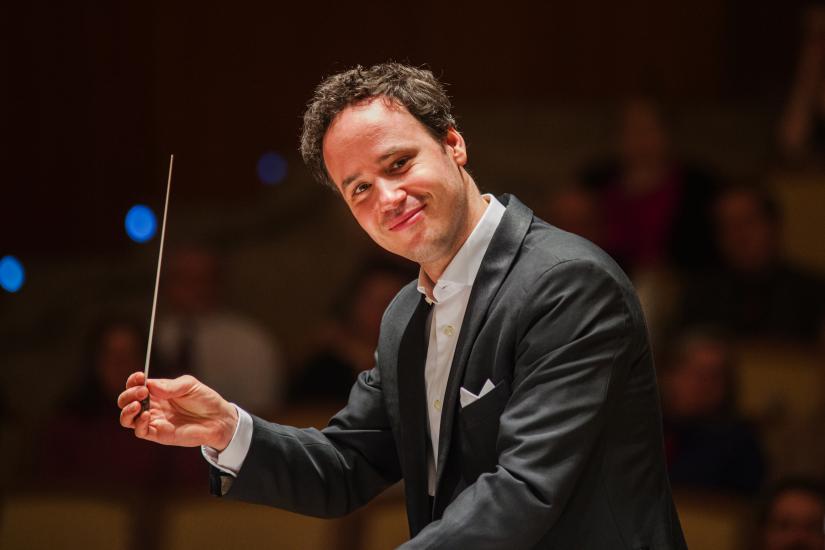 Watching the mysterious figure in the middle of a large group of musicians we call orchestras, waiving his (and this time, it will be a he) arms and a magic wand, we can’t help but wonder: is he going with the flow, dancing a weird choreography or is he leading the music? If he is leading, then how is he communicating with his players? Is there a “code” behind his gestures that all musicians understand? What makes a conductor a leader and what tools does he have to shape the music?

Internationally renowned conductor Gergely Madaras discusses the know-how of his profession and lets us sneak a peak behind the scenes.

Gergely Madaras is Music Director of the Orchestre Philharmonique Royal de Liège and Chief Conductor of the Savaria Symphony Orchestra in his native Hungary. He was previously music Director of the Orchestre Dijon Bourgogne from 2013-2019. Gergely regularly appears as a guest conductor on stage and in the recording studio with leading orchestras such as the BBC Symphony, BBC Philharmonic, Hallé, Philharmonia, Filarmonica della Scala, Maggio Musicale Fiorentino, Orchestra Sinfonica Nazionale della RAI, Orchestre Philharmonique de Radio France, Copenhagen and Oslo Philharmonic, Deutsches Symphonie-Orchester Berlin, Scottish Chamber Orchestra, Münchener Kammerorchester and the Academy of Ancient Music. Further afield, Gergely has worked with the Houston, Melbourne and Queensland Symphony Orchestras as well as with the Auckland Philharmonia. He has performed in some of the world’s most prestigious venues like the Barbican and Royal Festival Hall in London, Teatro alla Scala in Milan, Philharmonie de Paris and Suntory Hall in Tokyo. Equally established in the operatic repertoire, he has appeared at the English National Opera, Dutch National Opera, Hungarian State Opera and Grand Théâtre de Genève. While grounded in the traditional classic and romantic repertoire, Gergely is an advocate of Bartók, Kodály and Dohnányi, maintaining a close relationship with new music having conducted more than 100 works written after 1970, collaborating closely with composers Pierre Boulez, George Benjamin, György Kurtág and Péter Eötvös.

Register as CEU Alumni
Register as guest
(Zoom access codes will be sent to registrants.)

The lecture will be in English.

Are you a graduate of CEU? Make sure you check this year's complete Online Reunion program.