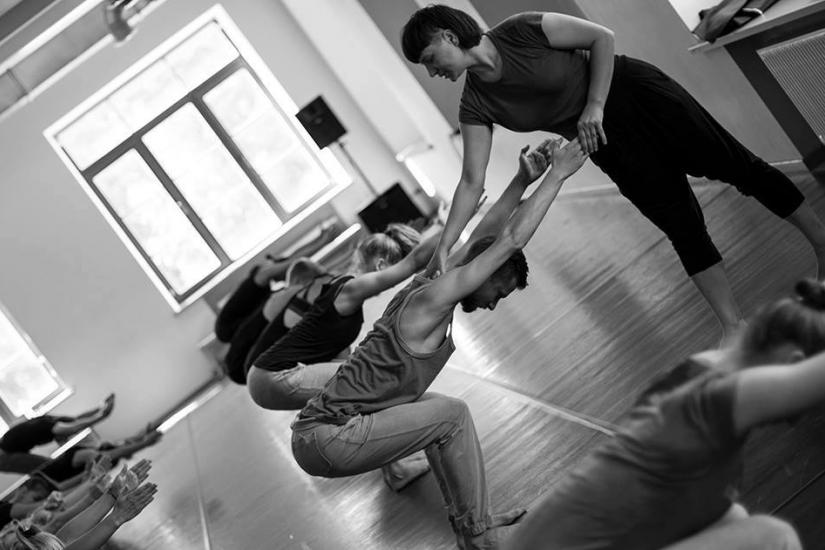 The class doesn't require previous dance knowledge - it builds on the first class held in June, but newcomers are also more than welcome!

About the technique itself:
Horton technique was developed by Lester Horton (1906 – 1953) who was active in making dance works and training his dancers on the West Coast of the U.S.A. He took inspiration from Denishawn (Ruth St. Dennis & Ted Shawn) and later Mary Wigman (D). He was part of the Pioneers of the American Modern Dance, such as Martha Graham. His influence could reach Europe only later but created his own style. After his death his students/dancers collected the working method and published it as Horton Technique. Still today it is part of the training system at the Alvin Ailey American Dance Theater based in New York City.
“It is marked by strong thrusts of extended arms, legs, and torso; broad strokes of the body in space; hips used as accents and motivators; lunges and deep second position pliés that emphasize power and space; swings of the legs and torsos, leaps and jumps into space.” (2012 Dance Heritage Coalition. Naima Prevots)

“Ladjánszki is perhaps the most exciting, and most promising member of her generation. Her works are full of fire: her individual and outstanding presence, freedom of her imagination, passion of her movements and sensitivity towards intimacy can be discovered in all her creations.”

Please prepare for the online class:
• around 3x3 m space at your home/office/park
• good internet connection
• possibly connect with a computer (not just mobile phone) to see the exercises well
• comfortable clothes for work
• possibly no shoes - barefoot
• a yoga mat, if you have, for exercises on the floor
• towel and water if you need, during the class
• check in 10 minutes before the beginning to help starting on time