Benefits and Disadvantages of a Unitary Mindscape? A case study of Industrial heritage in the Ruhr Area. In memoriam Dr. Dagmar Kift 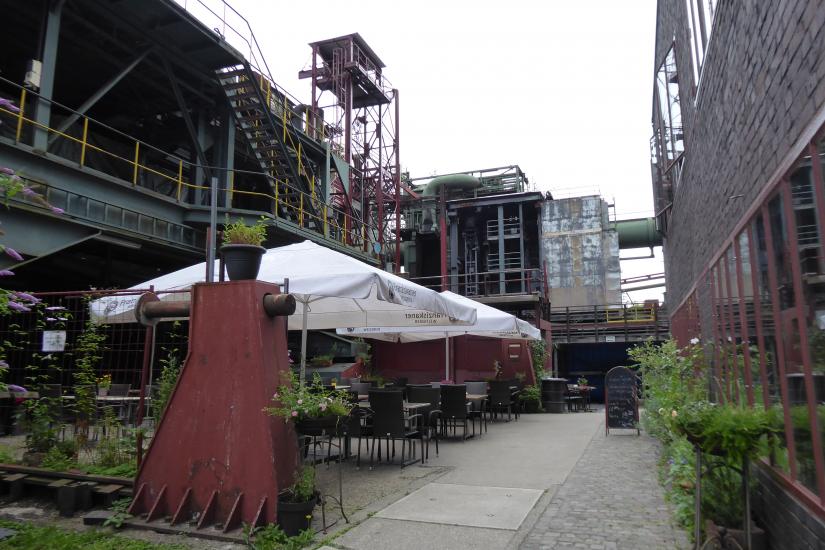 The paper discusses the development of a landscape of industrial heritage in the Ruhr and considers the position of key players towards industrial heritage initiatives from the 1960s to the present day. Key players were civil society, social movements, politicians, administrators, employers/ industrialists, trade unions, preservationists, artists, intellectuals, and academics. The lecture traces the development of a remarkably unitary “mindscape” (Dai Smith) around a concept of industrial heritage as a key building block of regional identity and a marker for the successful transformation of Germany’s foremost heavy industrial region into a future where heavy industry plays no, or a much diminished role. The lecture concludes by asking whether this unitary mindscape offers not only opportunities but also silences dissonant memories of the past.

Prof. Dr. Stefan Berger is a Full Professor of Social History and Director of the Institute for Social Movements at Ruhr-Universität Bochum. He has been centrally involved in many research projects that have sought to compare the transnational experience of deindustrialization processes and the role of industrial heritage. The position as executive chair of the Foundation History of the Ruhr has allowed him to reach deep into the regional history of the Ruhr as Germany’s foremost area of heavy industry. From there, he developed transregional perspectives on the way in which narratives of industrialization and deindustrialization have impacted on regional identities, both spatial and social. Building on research into the comparative history of industrialization and deindustrialization, with Christian Wicke, he has published a special issue of The Public Historian on the impact of deindustrialization on industrial regions. He co-edited the collection Industrial Heritage and Regional Identities in the Routledge Cultural Heritage and Tourism series (2018), a special edition of the North American journal Labor: Studies in Working-Class History (2019) on ‘(De)Industrial Heritage,’and edited another collection on Constructing Industrial Pasts (2019), in which he compares the development of narratives surrounding industrial pasts in western countries with that of post-communist countries.

The lecture commemorates Dr. Dagmar Kift who passed away on April 23, 2020. Dagmar Kift was a social historian and curator working on cultural, gender and migration history. Her special areas of interest were work and leisure in industrial societies and industrial heritage, particular in coalmining areas. As a curator in the LWL-Industriemuseum she was, amongst other things, responsible for the permanent exhibition on the social and cultural history of 20th century coalmining in the Zollern II/IV colliery in Dortmund (opened in 1999) and the exhibition “Rebuilding the West” (2005) on the contribution of German refugees and expellees to post-war economic recovery. The project frauen/ruhr/geschichte in 2010 explored how women left their mark in the Ruhr Area. Her other projects were “Work with Sounds“ (2013-2015) and “Sounds of Changes“ (2917-2019) on Sounds as part of Industrial Heritage. From 2013 until her retirement in 2019 she was Head of the Researech Department and Deputy Director of the LWL-Industriemuseum.