BOOK LAUNCH: The Anatomy of Post-Communist Regimes by Bálint Magyar and Bálint Madlovics 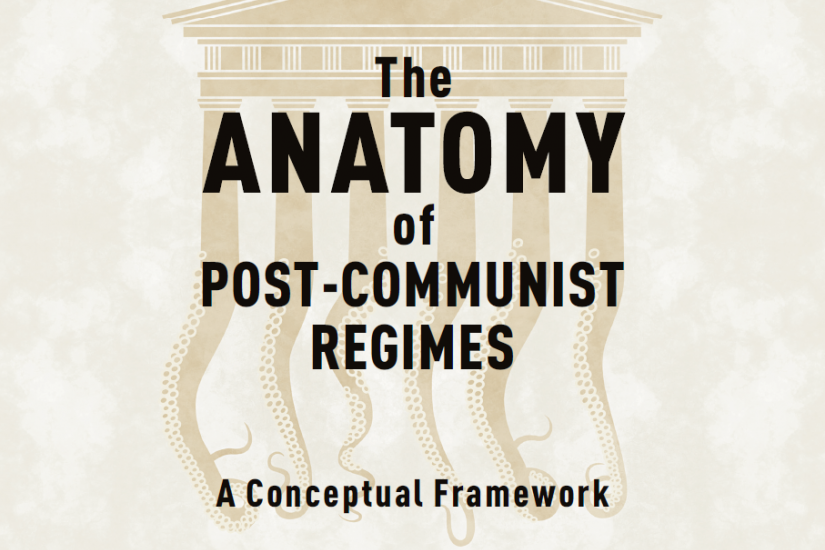 Offering a single, coherent framework of the political, economic, and social phenomena that characterize post-communist regimes, The Anatomy of Post-Communist Regimes is the most comprehensive work on post-communist regimes to date. Focusing on Central Europe, the post-Soviet countries and China, the study provides the concepts and theories to analyze the actors, institutions, and dynamics of post-communist democracies, autocracies, and dictatorships.

While being the most definitive book on the topic, the book is nevertheless written in an accessible style suitable for both beginners who wish to understand the logic of post-communism and scholars who are interested in original contributions to comparative regime theory. The book is equipped with QR codes that link to www.postcommunistregimes.com, which contains interactive, 3D supplementary material for teaching.

Opinions about the book:

Masha Gessen, journalist and author of The Future is History: “Reading this book feels like having the curtains opened, letting the bright light come in. Everything becomes visible and clear. The experience of living in mushy political reality gives way to unsparing, exact analysis. What comes into focus may not be pretty, but having it illuminated, ordered, and explained is incomparable.”

Jan-Werner Mueller, Professor, Princeton University: “Many social scientists and historians have been puzzled by what is now often called a ‘global democratic recession’.  This conceptually highly innovative analysis provides terms and theories that are crucial for making sense of our historical moment.”

Iván Szelényi, Professor Emeritus, Yale University: “I have been in the business of ‘varieties of post-communist countries’ since the early 1990s. Nevertheless this book is better and more important than anything I have done during the past 30 years in two important respects: 1) it carries a far greater number of countries with the most impressive empirical knowledge of their changes of the past decades; 2) it has a far more sophisticated theoretical framework than anything I could develop.”

RSVP to Dr. Andrey Demidov (demidova@ceu.edu) to request the link for the ZOOM event.