No Compromises: Abortion Activism and the Fight for Reproductive Rights in Poland 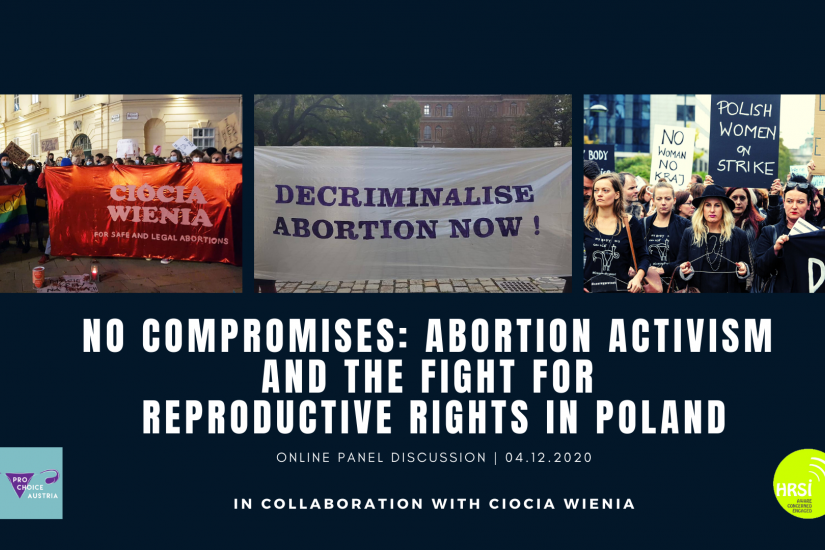 On October 22, 2020, the Polish Constitutional Tribunal deemed an embryopathological premise for abortion unconstitutional. In a country with one of the most restrictive antiabortion laws in Europe this amounts to a nearly total ban on abortion. The political decision to further restrict access to terminations of pregnancy has nevertheless met with a strong resistance. Since the end of October, Poland is daily a scene of mass demonstrations and protests, which are often brutally pacified by the police. Our panel serves to zoom onto the feminists and queer revolt unfolding now in Poland, and unpack its genealogy, tactics and symbolic. We will talk about the long-lasting struggle for reproductive rights in Poland and demands formulated at the present protests. At the same time, the panel will introduce the work of abortion activists, who make sure that abortion remains an option for people in Poland. Thematizing the role of practical abortion activism in the context where access to abortion is difficult or impossible, we will ask about Austria as a destination for people seeking abortion abroad but also about the in-country laws and restrictions on access to procedures.

Agata Lisiak is Migration Studies professor and Academic Director of the Internship Program at Bard College Berlin. Agata works at the intersections of migration studies, urban sociology, and cultural studies. She is particularly interested in everyday urban encounters and imaginaries, feminist theory and practice, and developing creative, multi-sensory, and collaborative methods in urban and migration research. She has written about urban girlhood, migrant motherhood, reproductive rights, and cultural memory in post-socialist cities.

Ciocia Wienia in an informal group of feminist activists supporting people from Poland and other countries, in which access to abortion is difficult or impossible, in organizing a legal procedure in Vienna. Ciocia Wienia provides information about reproductive rights and available forms of abortion in Austria, and helps in the organization of travel, accommodation, abortion procedure, and translation.  Ciocia Wienia provides a non-judgmental space for all people who are with an unwanted pregnancy: cis women, non-binary, trans, inter and queer persons, regardless of nationality, legal status, and place of residency.

Pro Choice Austria – Platform for Free Abortion understands itself as part of the international feminist movement, which advocates the reproductive self-determination rights of women, lesbians, inter- and trans people, and in particular fights for free and safe access to legal abortions. The focus is on the health and self-determination of pregnant people, as well as political action against patriarchal power structures.