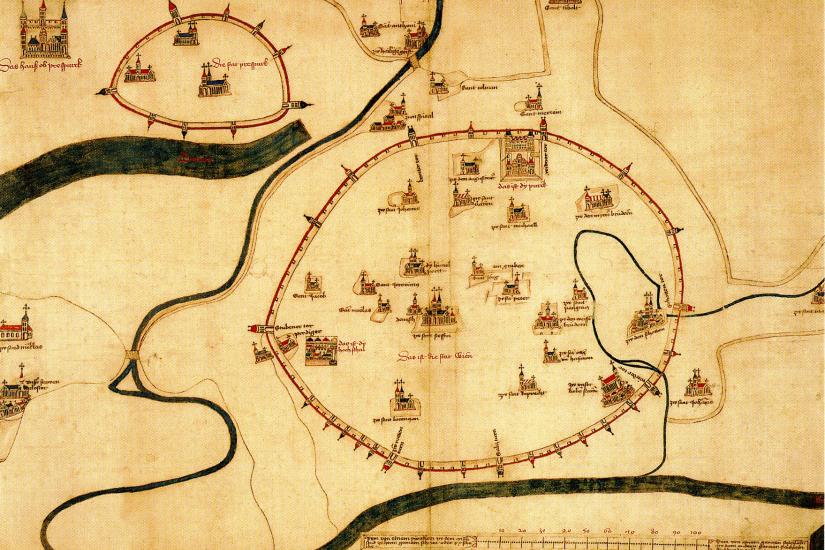 What made people stick together in late medieval cities? Which types of ties and forms of belonging connected them? Architecture, pictures, and material objects,  charters and other documents of practice provide substantial data on social networks in medieval urban space. Developed within the framework of a large-scale reserach program on "Visions of Community" (VISCOM) my presentation will zoom in on an ongoing research project devoted to systematically scrutinize Vienna's medieval charters and further available funds to establish the connections between kin and gender relations and material and spiritual economies, as well as the various roles objects played in forging, representing, and strengthening social interactions and relations. Our research combines prosopographical approaches with a digital humanities methodology and social network analysis and also contributes to further the development of monasterium.net, Europe's largest database for medieval charters, both in terms of data collection and of the portal's editing and service functions. This lecture will provide an introduction into traditional and new methods for researching personal relations and interactions as key dimensions of medieval and early modern community building and meanings of belonging.

Christina Lutter is a Professor at the University of Vienna, Institute for Austrian Historical Research (IÖG), and Head of Department History. She is a member of the Austrian Academy of Sciences, and has been PI of the project Social and Cultural Communities across Monastic, Urban, and Courtly Cultures in Central Europe (2011-2019); her currently funded research focuses on Social Networks. Kinship, Gender, and Object Cultures in Late Medieval Vienna.

Her research covers medieval and early modern cultural and gender history, currently focusing on social networks in and beyond European monastic and urban communities.

Recent books include Kinship and Gender: Comparative Perspectives on Practices of Interaction and Belonging, ed., with A. Gingrich, (History and Anthropology, 2021, forthcoming), Meanings of Community Across Eurasia, with W. Pohl, E. Hovden (Brill 2016); Kulturgeschichte der Überlieferung im Mittelalter, with E. Gruber, O. Schmitt (UTB 2017); Visions of Community. Comparative Approaches to Medieval Forms of Identity in Europe and Asia, with A. Gingrich (History and Anthropology 26/1, 2015).