Ottó Gecser (ELTE): Plague, Religion, and the Fear of Infection in Fifteenth-Century Perugia 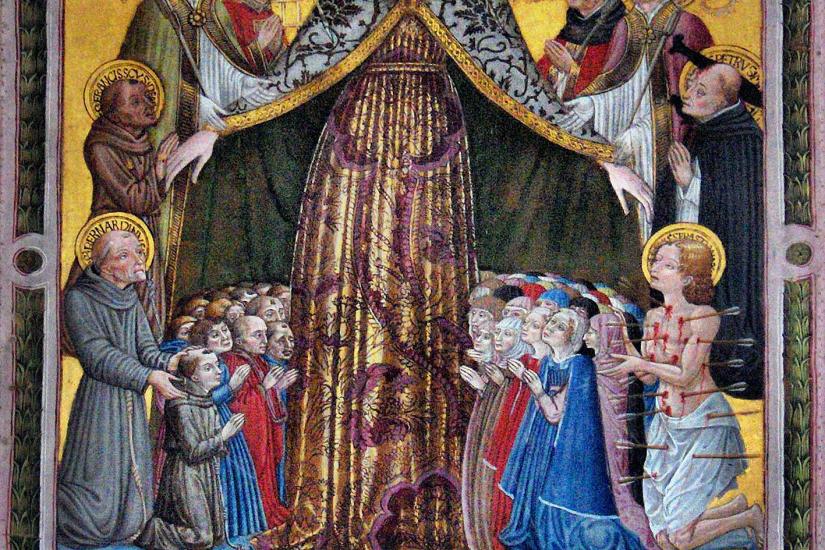 Modern scholarship on medieval plague epidemics has typically regarded collective religious response and early public health measures as antagonistic tendencies. What most recently, in our own predicament, has come to be known as "social distancing" looks incompatible with plague masses and plague processions and thus, the argument goes, the beginnings of modern public health -- based on the idea of social distancing -- had to go against the grain. The situation becomes more complex if we add a third kind of reaction, that of plague flight, which was disruptive both for health policies and collective rituals. The case of Perugia, exceptionally rich in narrative accounts and little studied from the point of view of the history of epidemics, offers a particularly good opportunity to understand the changing relationship between religion, public health, and flight in a plague-ridden city before the modern era.

Ottó Gecser holds an MA and a PhD in Medieval Studies from Central European University, as well as an MA in Sociology from Eötvös Loránd University, Budapest; he is currently associate professor (docens) of Sociology at the latter institution. His research has focused on preaching and the cult of saints between the thirteenth and the fifteenth centuries, as well as on religious and medical interpretations of the plague in the late Middle Ages. His recent publications include: "Fuir ou bien faire une procession? Peste, religion et peur de la contamination à Pérouse au XVe siècle," in Textes et pratiques religieuses dans l'espace urbain de l'Europe moderne, ed. Élise Boillet and Gaël Rideau (Paris: Honoré Champion, 2020), pp. 51-72, and The Feast and the Pulpit: Preachers, Sermons and the Cult of St. Elizabeth of Hungary, 1235–ca. 1500. Spoleto: CISAM, 2012.