Universities in a Post-Covid World 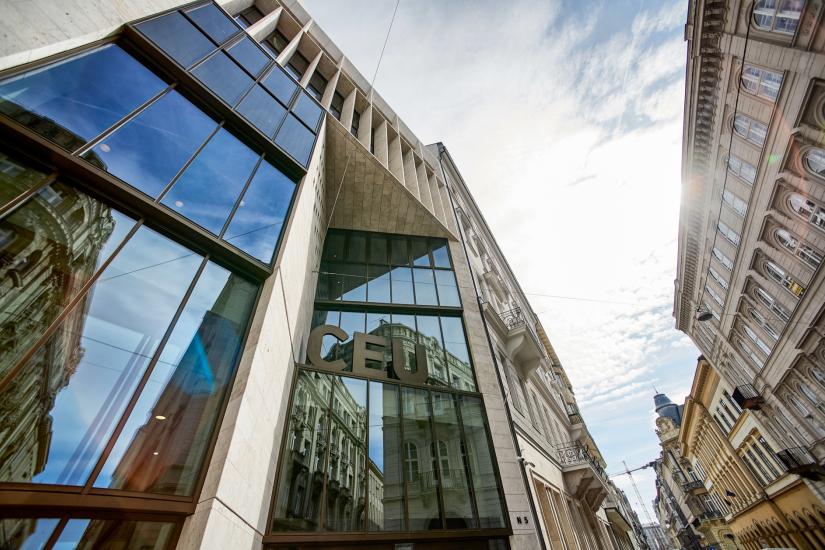 ABSTRACT /  Human communities have experienced several crisis, pandemic outbreaks and economic disruptions through history, but none of those had an immediate and world-wide effect. Due to its proximity and simultaneous presence on all continents, COVID-19 hit everybody. Whether at school, university or work, the pandemic and lockdown changed radically the way we think, we work, we interact. The panelists, all leaders of prestigious higher education institutions will engage in an open and visionary discussion on how they imagine the universities would change once the pandemic is over. As they are members of our Board of Trustees, their vision may be of special interest for our community.

Please register for the event  here.

Professor Leon Botstein became President of the Bard College in 1975, a position he still holds. Under his leadership, Bard has developed into a distinctive liberal arts institution offering a vast range of undergraduate and graduate programs. In 1981, he decided to return to the career in music, became principal conductor of the Hudson Valley Philharmonic and in 1992 he was named music director of the American Symphony Orchestra. During his directorship, he transformed ASO into a pioneer, presenting great works that have long been ignored by history, alongside the acknowledged masterpieces, in concerts curated thematically, using history and ideas to catch the imagination of a wider and non-traditional audience.

Professor Botstein has training both in arts and humanities. He studied violin with the legendary Roman Totenberg,attended the High School of Music and Art and graduated at the age of 16. He then went to the University of Chicago, where he graduated in history and philosophy. In 1967 he studied at Tanglewood and went on to graduate school at Harvard, where he completed a Ph.D. in history under David Landes.

His body of writings include books on education, history, and music, in both German and English, with an acclaimed series of essays published as part of Princeton University Press’ annual Bard Music Festival volume. He has curated exhibits for the Jewish Museum in Vienna. From 1990 to the present, he has been editor of The Musical Quarterly, one of the most distinguished academic journals of music.

Professor Carol Christ serves as the 11th chancellor of the University of California, Berkeley. A celebrated scholar of Victorian literature, Christ is also well known as an advocate for quality, accessible public higher education, a proponent of the value of a broad education in the liberal arts and sciences, and a champion of women’s issues and diversity on college campuses.

Christ spent more than three decades as a professor and administrator six years as UC Berkeley’s executive vice chancellor and provost prior to joining Smith. As president of Smith for more than a decade, Christ supervised the development of the nation’s only accredited engineering program at a women’s college, oversaw a significant rise in student diversity, expanded Smith’s global activities and reach, managed a major campus capital planning program, and shepherded the college through strategic planning exercises designed to improve its academic and financial models within the context of changing trends in higher education.
Christ received her B.A. (1966) from Douglass College, and her M.Ph. (1969) and Ph.D. (1970) from Yale University. She joined the Berkeley English faculty in 1970.

Christ has authored two books, The Finer Optic: The Aesthetic of Particularity in Victorian Poetry (1975) and Victorian and Modern Poetics (1994), and has edited or co-edited several others, including The Norton Anthology of English Literature. She is a member of the American Academy of Arts and Sciences and the American Philosophical Society.

Professor Edeltraud Hanappi-Egger became the Rector of the Wirtschafts Universitat Wien in 2015. Sheholds a PhD in Computer Science and is full professor for Gender and Diversity in Organizations. Professor Hanappi-Egger is Head of the Institute for Gender and Diversity in Organizations at Vienna University of Economics and Business (WU). She was guest researcher at several international research institutions (2011 at LSE, 2014 at McGill University). Edeltraud Hanappi-Egger has published more than 350 articles, books and book chapters on gender and diversity, organization studies and diversity management. She is the author of The Triple M of Organizations: Man, Management and Myth (2011) and Computer Supported Cooperative Work: The Bargaining Aspect (1996).

A political scientist by training, Professor Richardson received a BA in History from Trinity College Dublin, then studied in the USA, graduating with an MA in Political Science from UCLA, and subsequently an MA and PhD in Government from Harvard University.

Professor Richardson’s research specialises in international security with a particular emphasis on terrorist movements. She has written widely on international terrorism, British foreign and defence policy, security institutions, and international relations. Her publications include Democracy and Counterterrorism: Lessons from the Past (2007), What Terrorists Want: Understanding the Enemy, Containing the Threat (2006), The Roots of Terrorism (2006), and When Allies Differ (1996).

Professor Richardson won the Levenson Prize and the Abramson Prize during her time at Harvard University, the Emily Dickson Award from the Royal College of Surgeons of Ireland and The Freedom of the City and County of Waterford. Her work has been widely recognised through the awarding of prizes such as the Sumner Prize for work towards the prevention of war and the establishment of universal peace and with Harvard’s Graduate School of Arts and Sciences Centennial Medal.