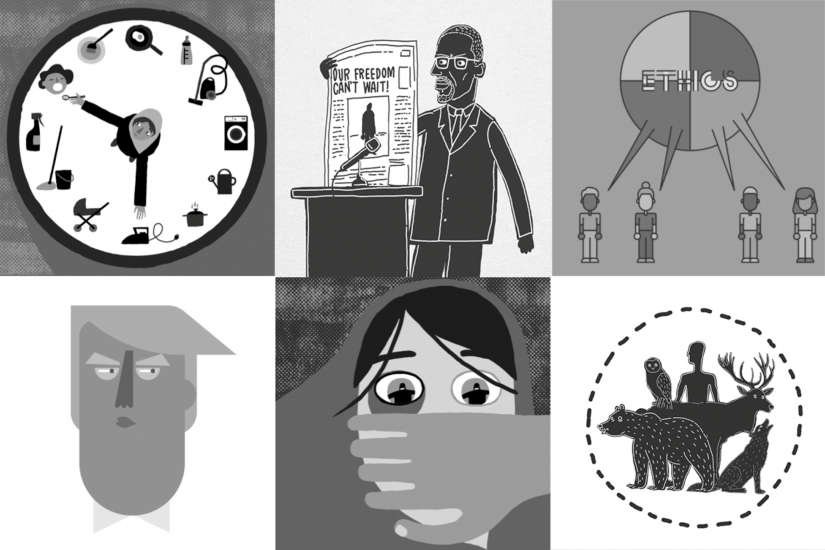 Many of CEU’s graduates go out into the world striving to put its open society mission into practice, and affect positive social change. Recent innovations at the university have opened possibilities for them to learn new skills to pursue this mission using new media such as film, audio, etc. and expanding into fields that speak to broader audiences. These include the introduction in 2016 of media production courses supported by the Library’s Media Lab (and now its new Audio Lab), as well as through the introduction in 2018 of the Advanced Certificate in Visual Theory & Practice by the Visual Studies Platform, which contains a number of practically-oriented courses that apply both audio and video. Even before these innovations, some CEU alumni still managed to find careers working in visual media, and now that number has increased. Many naturally gravitate to advocacy documentary, a form that can have a direct, positive social impact. We invited two CEU graduates working in this field to share their own experiences.

Sadie Luetmer (MA, Sociology & Social Anthropology, 2017) and Maria Stanisheva (MA, Political Science, 2003) will present and discuss their work, talk about their efforts to enact social change through a visual medium, their collaborations with local communities, advocacy organizations, and activists and their efforts to help them forward their causes. The filmmakers will also reflect on how their CEU education has prepared them for their current careers, and what advice they have for current students considering a career in this field. They will also discuss how they define their work, since for both it spans multiple forms, and the term documentary is broad, and its borders are constantly being blurred.

This presentation is open to public and it is organized as part of the SPP course Documentary for Social Change. The discussion will be moderated by the course’s instructors: Jeremy Braverman, Head of the Library’s Media Hub; and Kate Coyer, Visiting Professor, School of Public Policy and Fellow, Center for Media, Data, and Society.

Maria Stanisheva is a film director/producer and founder of ANIMADOCS, an independent film production house based between NYC and Paris. She is a graduate of Sofia University, Central European University and New York Film Academy’s Documentary filmmaking program and has over 10 years of experience working on feature films, TV and online series, independent and commissioned shorts. Maria specialises in social issue documentaries, animation and experimenting with mixed genres. The animated-documentary FATHER which she produced in 2012 was screened at over 100 film festivals and awarded 28 times, including the Golden Dove for Animated Film at DOK Leipzig Festival. Her 2016 animated campaign “Together to End Male Guardianship” commissioned by Human Rights Watch - an awareness campaign based on real-life stories from Saudi Arabia - was seen by over 10 million people and featured in the New York Times, Euronews, CNN and BBC. Maria is a faculty member of the New York Film Academy’s Documentary Department and teaches classes in "Animation for Documentary Film“.

Sadie Luetmer works as a videographer and media maker based in Minneapolis. She completed an undergraduate in International Human Rights at the University of Minnesota and an MA in Sociology and Anthropology at the Central European University. Luetmer has spent the last three years making media in community with activists, artists, journalists, and researchers, exploring the strategic and cultural role of media in struggling for a more just world. She has created and distributed work in collaboration with media producers including the Yes Men, Haus der Kulturen der Welt, LineBreak Media, Nine Muses, the YEARS Project, Democracy Now, and multiple movement organizations and collectives.