Grasping Russian Democracy With Mind: Can We Still Believe in It? 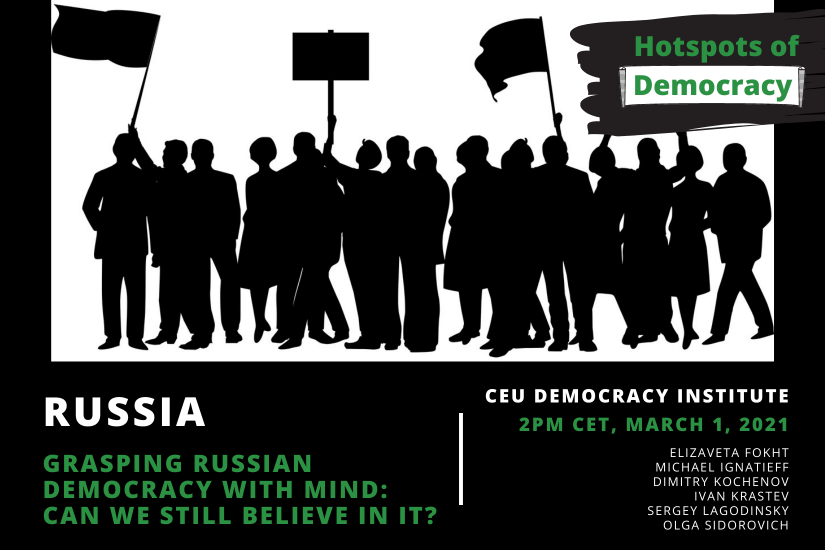 “You cannot grasp Russia with your mind
Or judge her by any common measure,
Russia is one of a special kind –
You can only believe in her.”

The poet Fyodor Tyutchev wrote this quatrain more than one and a half centuries ago, but the dilemma he formulates is still valid. The participants of the second edition of the Hotspots of Democracy debates will try to adapt the poetic question to the actual situation: Can we, after thirty decades, still believe in the rise of a liberal type of democratic system in Russia? Is the Navalny case the beginning of a new chapter for the Russian democracy or it is just a prologue for another change of oligarchic elite? Is the actual Russian political elite discredited enough to sharpen the reactions of the EU and USA? How should Western Democracies react to the openly repressive and anti-democratic measures of the Russian 'hybrid regime'? How would a change in internal power relations affect the global geo-political context for the EU?

Elizaveta Fokht is a Moscow-based journalist working for the BBC as staff reporter. Previously she was field producer with BBC. Prior to joining the British public service broadcaster, she worked as editor for the Russian TV channel Dozhd, and as contributing editor for RosBusinessConsulting, an information agency.

Ivan Krastev is chairman of the Centre for Liberal Strategies, Sofia, and Permanent Fellow at the Institute for Human Sciences in Vienna (IWM). Beyond that, is a founding board member of the European Council on Foreign Relations, a member of the global advisory board of Open Society Foundations, and a member of the advisory council of the Center for European Policy Analysis (CEPA) and the European Cultural Foundation (ECF). He is also associate editor of Europe’s World and a member of the editorial board of the Journal of Democracy and Transit – Europäische Revue. From 2004 to 2006 he has been the executive director of the International Commission on the Balkans chaired by the former Italian Prime Minister Giuliano Amato. He was the editor-in-chief of the Bulgarian Edition of Foreign Policy and was a member of the Council of the International Institute for Strategic Studies, London (2005-2011).

Sergey Lagodinsky is a Member of the European Parliament (Group of the Greens/European Free Alliance) where he serves on the Committee on Legal Affairs. He has been a non-resident fellow with the Global Public Policy Institute (GPPi) in Berlin, and the Head of European Union and North America Division of the Heinrich-Böll-Stiftung. His specialist expertise lies in transatlantic relations, international and constitutional law as well as law and politics of diversity and integration. He is a regular guest and commentator in numerous media. Before joining the Böll Foundation, he was an attorney with the Berlin office of Orrick, Herrington & Sutcliffe LLP. Prior to this he served as Program Director, later as Advisor to the Board for the Berlin Office of the American Jewish Committee. In 2008 and 2009 he was a Fellow at the New Responsibility Foundation and in 2010 as a Yale World Fellow in New Haven.

Olga Sidorovich is director of the Institute of Law and Public Policy (ILPP). She has been leading the independent, Moscow-based policy development, research, and educational organization, aimed at promoting liberal and democratic values and the principles of the rule of law, pluralistic democracy, and full equality of individuals, since 1993. Under her leadership, the Institute became a winner of the MacArthur Award for Creative and Effective Institutions in 2007. She is also editor-in-chief of two law journals, Sravnitelnoe konstitutsionnoe obozrenie and Mezhdunarodnoe pravosudie. Prior to joining ILPP, she worked as a research fellow at the Institute for USA and Canadian Studies, which is part of the Russian Academy of Sciences, as well as the Institute of Europe. 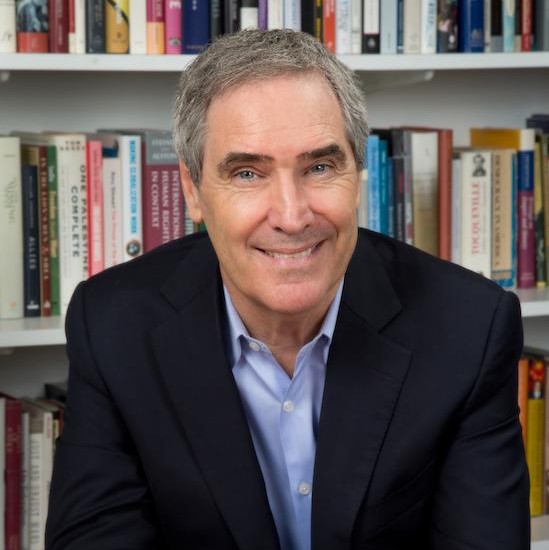