An Imperial Language: Alphabet Ceremonies in Constantinople and Rome|Intellectuals & Empire 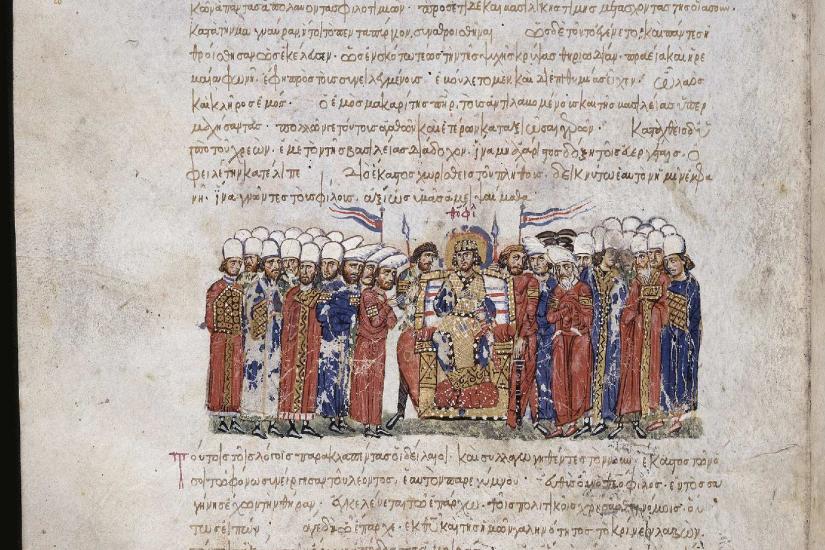 Abstract: This talk examines the role played by intellectuals in shaping the rituals and ceremonies of the imperial court in Constantinople and the papal curia in Rome during the period from the tenth to the twelfth centuries. We shall compare and contrast two manuscripts – the De Ceremoniis associated with Basil Lekapenos and the Liber Politicus associated with Benoit of Saint Peter’s –, focusing on the prescriptions they contain for the performance of alphabetical poems during celebrations for the high feasts of Christmas and Easter. These poems, which were organised according to mnemonic elements that drew on a well-established educational tradition, constituted highly dramatic declarations of religious conversion and political allegiance. Often dismissed as obsolete by the time they were recorded in ceremonial handbooks, the poems can be shown to have drawn the attention of officials in both courts because of the potential they afforded for showcasing the cultural superiority of the prince and enhancing his prestige both at home and abroad.

Teresa Shawcross is Associate Professor of History and Hellenic Studies at Princeton University and a Senior Member of Robinson College, Cambridge University. As a historian of the Middle Ages, she works at the interstices between the Byzantine, Latin, and Islamic Mediterranean. Publications include The Chronicle of Morea: Historiography in Crusader Greece (Oxford, 2008) and Reading in the Byzantine Empire and Beyond, co-edited with Ida Toth (Cambridge, 2018). She is completing a monograph on the ideas and practices of empire – and its alternatives – from the eleventh to the fifteenth centuries.