55/66 to the Memory of James Joyce - concert streaming 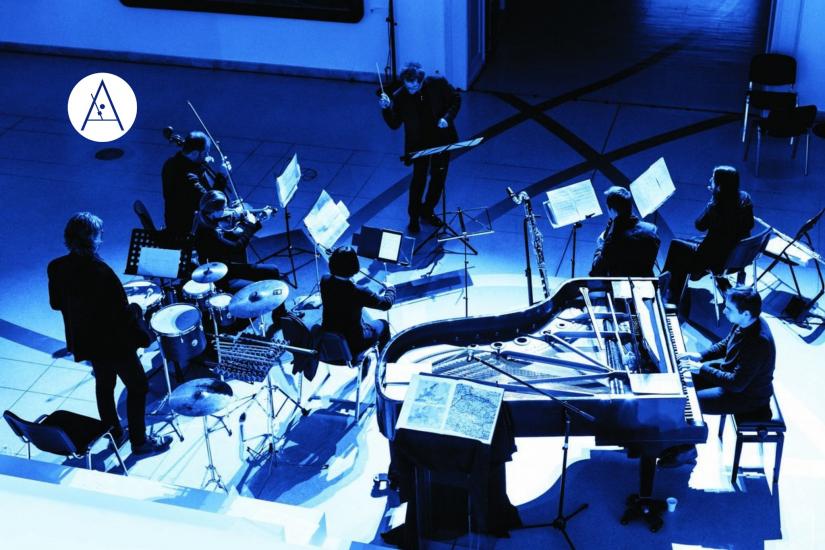 Gyula Csapó is a composer, a representative Hungarian artist, an eminent figure of his generation. The distinctive and characteristic tone of his music provides a breath of fresh air in the concert halls of the world. The composer currently resides and works in Hungary, following a long Canadian stay. There are not many ensembles who would consider the unfolding of Csapó’s densely woven and detailed musical material – requiring a truly sophisticated performance.
During the evening, the audience can encounter compositions that were written in the last 20 years and are rarely performed in Hungary, with the exception of the legendary 1977 ‘Handshake after Shot’.
Csapó, Metrum, CEU - God works in mysterious ways -that lead to this special asterism.
The title of the evening refers to artistic playfulness: Gyula Csapó was born in 1955 and will be 66 years old in 2021.
The subtitle evokes the dedication of the closing piece of the evening, the emblematic Tundragobelin.
As the Csapó composer’s evening is filled with special features, it is a long-awaited, unique event of the music scene.

Metrum Ensemble, founded in 2012, performs classical masterpieces as well as works of contemporary composers. The ensemble made its debut in the spring of 2012 with a unique concert series entitled Central European Portraits. The programs featured works of Hungarian, Slovak and Czech composers; performed by musicians from the three Central European countries. The program highlighted the artistic goal of the ensemble, which remains focused on the exploration and interpretation of Central and Eastern European musical heritage and contemporary art.