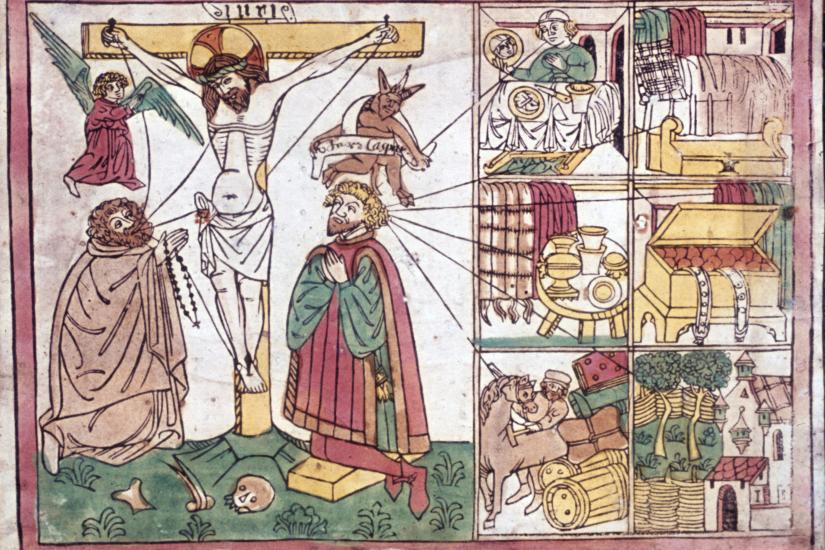 Late-medieval urban life—as known from analyses of Western European towns—was marked by secularization, rationality, a trend towards luxury, comfort and lust for life, but at the same time, also by great piety. Controversially, the latter was inclined towards mass manifestations, with the largest possible number of mass foundations, processions, pilgrimages and all but hysterical emotion—yet it also tended towards inwardness and simplicity. Another basic trend of the period was the increasing rationality of everyday behavior, which was characteristic of the professional make-up of the merchant society of the time. Urban religiosity and its diversified spatial aspects will be in the focus of the discussion in a late-medieval East-Central European "middle town" context (in the border region of fifteenth-century Austria and Hungary). In the discussion, the attempt is to bring together different perspectives and research methods to contextualize certain features of late-medieval religious practices and community attitudes. The "practicality" in religious acts, the conformity or speciality of certain "individual considerations" as well as community practices are rather impossible to judge owing to the lack of descriptive narrative sources. Still, the main question is whether and how we can use the different non-narrative, urban administrative—legal—materials to gain an insight into the daily religious practicalities of the late-medieval town-dwellers of the East-Central European region.

Judit Majorossy studied in Pécs, Budapest, and Bratislava. She has held appointments (in different research projects) at the University of Pécs, the University of Budapest, the National Archives of Hungary, the Hungarian Academy of Sciences, and the Austrian Academy of Sciences. She was an invited scholar at the Institute for Advanced Studies in the Humanities at the University of Edinburgh and a Humboldt Fellow at the Institute of Comparative Urban History in Münster. Since 2015, she has been teaching at the History Department of the University of Vienna specializing in late-medieval urban and social history. She is editorial board member of the Hungarian Korall Social-Historical Journal and the Hungarian Urbs Yearbook of Urban History. She has several publications in the field of late-medieval social and religious life in Hungarian towns, has edited several volumes and published the late-medieval last wills of Pressburg in a two-volume source edition. Her book on Piety in Practice is in preparation. Recently, she has been working on a regional comparative urban network project.