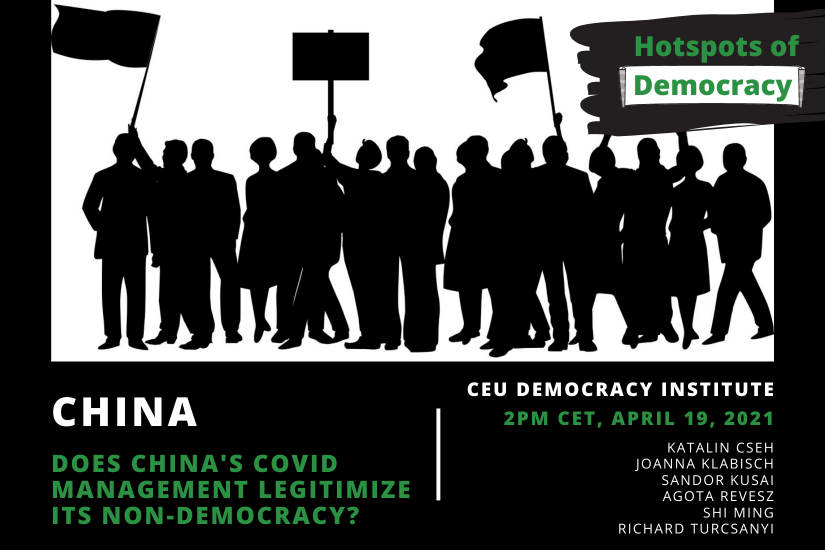 As discontent grows in many European states over governmental incompetence at Covid-19 pandemic management, the question arises whether it is a system failure in the face of crisis. China has managed to keep Covid-19 at a minimal level, life has returned to normal and the economy on the whole has recovered. Europe, however, is struggling with questions of freedom (freedom of movement, freedom of assembly) and also those of data protection – aspects that have largely been neglected in China. Does this comparison offer legitimacy to the autocratic Chinese system? The debate is trying to elucidate the question from different perspectives.

Joanna Klabisch is Program Manager of the China Program at Asienhaus Stiftung. From 2016 to 2020 she was also in charge of the EU-China NGO Twinning Program. Prior to joining the foundation, she worked for Gesellschaft für Internationale Zusammenarbeit (GIZ) in Beijing and for the Public Policy Dialogue Fund on civil society engagement in the field of inclusion of migrant workers. She studied East Asian Studies with a focus on China as well as intercultural communication at the Ruprecht-Karls University in Heidelberg, Nankai University in Tianjin and Shifan University in Taipei.

Shi Ming is an award-winning freelance journalist, born and raised in Beijing. He left China in the late 1980s, and has worked in Germany since then. He is a leading intellectual authority on contemporary China, has been covering political events and social developments for many years, and his views have been published in major European media, including ARD, ZDF, Frankfurter Allgemeine Zeitung, Sueddeutsche Zeitung, Le Monde Diplomatique, and Cicero. In 2010 he received the Grimme Prize for his documentary ‘Tiananmen - 20 Jahre nach dem Massaker’.

Richard Turcsanyi is Senior Researcher at Palacky University, Olomouc, Assistant Professor at Mendel University in Brno, and Program Director at the Central European Institute of Asian Studies (CEIAS). Previously, he served as Director of the Strategic Policy Institute in Bratislava between 2017 and 2019, and was Editor-in-Chief of the Global Policy Journal. He studied international relations, economics and political science at Masaryk University, Brno and currently is pursuing his Ph.D. there, at the Department of International Relations and European Studies.

Katalin Cseh is Member of the European Parliament and Vice President of Renew Europe. Currently she is a member of the Committee on Foreign Affairs, the Subcommittee on Human Rights, and the Delegation for relations with the United States. Between 2012 and 2016, she was the International Liaison Officer of the Liberal Youth Association. She obtained a medical degree from the Semmelweis University Budapest in 2014 and gained her MSc in Health Economics from the Erasmus University in Rotterdam in 2015.

Sandor Kusai is Honorary Associate Professor at Pazmany Peter Catholic University. Previously he spent 30 years in diplomatic service, and served in various positions in the Ministry of Foreign Affairs and the Office of the Prime Minister in Hungary. Between 2008 and 2014 he was the Ambassador of Hungary to China. For his service, he was awarded with the Order of Merit of the Hungarian Republic in 2010.

Agota Revesz is an academic staff member at the Center for Cultural Studies on Science and Technology in China, Technische Universität Berlin. She worked as a freelance stage director, translator and project manager (the latter for Hungary-China and EU-China projects), before being assigned as a diplomat for Hungary in China. She moved to Berlin in 2015 and since then she has taught extensively China-related or theatre-related courses at different universities, and is an advocate of the culture of debate.

This event is sponsored by the Open Society University Network.