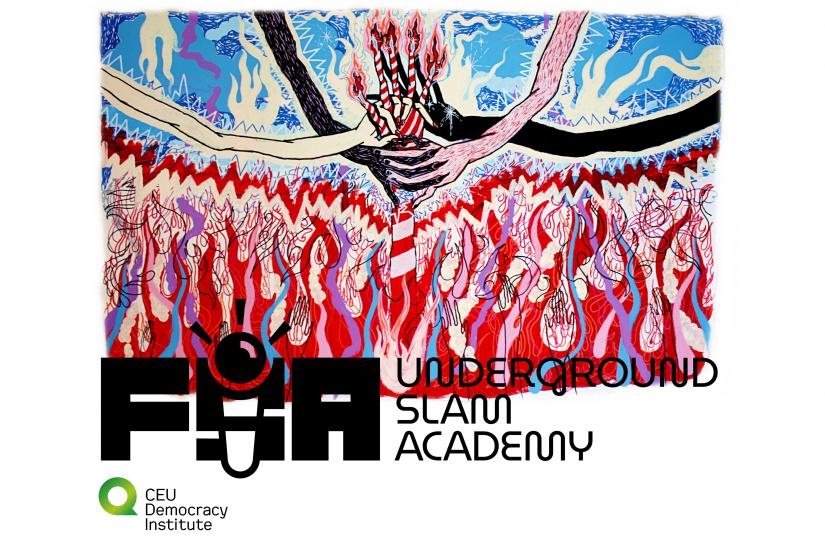 Academic freedom, the autonomy of universities (as well as other free speech rights) are necessary for our authorship in democracy. How can we conceptualize this in light of the inspiring federalist European performance in which five universities provide degrees from abroad for the students of the FreeSZFE Association in Hungary?

In the next event of the Underground Slam Academy series, after welcoming words from Professor András Bozóki on behalf of the CEU Democracy Institute, first Nóra Aujeszky, member of the board of the FreeSZFE Association; Gábor Halmai, professor, European University Institute; Sára Kende, student, FreeSZFE Association; Christoph Lepschy, professor, University Mozarteum, one of the five universities which provide degrees for the students of the FreeSZFE Association; Robert Post, professor and former Dean, Yale Law School, author of Democracy, Expertise and Academic Freedom; Elisabeth Schweeger, professor, Academy of Performing Arts Baden-Württemberg; Beata Szczucińska, professor, The Aleksander Zelwerowicz National Academy of Dramatic Art, Poland; and László Upor, former rector of the Theater and Film University (SZFE) in Budapest, will respond to an initial question by founder of the Underground Slam Academy, Hungarian and European Slam Champion, Peter Molnar.

Then Tibor Juhász, an actor student at SZFE, Kristóf Horváth, Hungarian Slam Champion (also in team slam), and Peter Molnár will perform slam poetry, and will raise further questions, to which the audience can also join.

The event will be streamed live here. If you are interested, you main join the Facebook event as well.

The Underground Slam Academy is a monthly series of slam poetry combined with in depth discussion with impartial courage of thought that questions the truth also in our own thoughts, Slam Academy events bring together experts of burning questions with engaged slammers.

The artistic genre of slam poetry (started in Chicago in 1986) is an embodiment of freedom of speech, an open platform where slammers perform their own words to reflect and self-reflect on sensitive questions, in poems, prose, or any other way of speaking to a microphone for about 3 minutes.