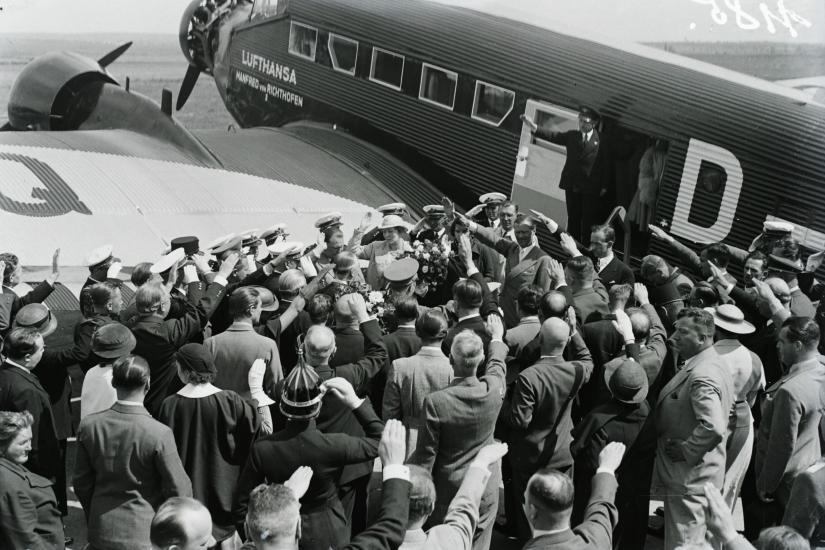 The context of the poem “A Breath of Air!”

The third edition of OFF-Biennale Budapest, INHALE!, takes the seminal political poem “A Breath of Air!” by 20th-century Hungarian poet Attila József as its starting point. The poem was written in November 1935. Apparently, it was a time of peace and plenty: Europe—and Hungary—had overcome the crisis of the Great Depression; the order was restored. But what kind of order was it that the poet “didn’t dream of”? The research and exhibition project presents the political and social context of the poem through archival materials, while contemporary artworks offer its possible 21st-century reading.

Besides the favorable economic indicators, the era was full of tensions: World War I and the subsequent peace pacts made the peace of the continent very fragile. The economic crisis swept away the political status quo; extremists came to the fore in many countries. In Germany, the national-socialists came to power, and Italy was led by the Fascist Party. By that time, the Abyssinian war was well underway, and the German leadership was about to blow up the Locarno Treaties. In the meantime, the first show trial of the “Great Purge” in the Soviet Union took place almost simultaneously with the passage of the Nuremberg laws; however, the threat of war and terror only appeared on the horizon of a few.

The political and social tensions of Hungary were also disguised by relative economic prosperity. Even so, the increasingly urgent problems still ensued on peaceful weekdays. Many solutions and programs were proposed to meet the challenges of the era—some of them made by artists who were dreaming of a more just and free “order.” A world where individual freedom, social justice, and cultural freedom win over political considerations and agendas, and where fresh air is blowing freely.

The exhibition was organized by the Vera and Donald Blinken Open Society Archives and the OFF-Biennale Budapest.