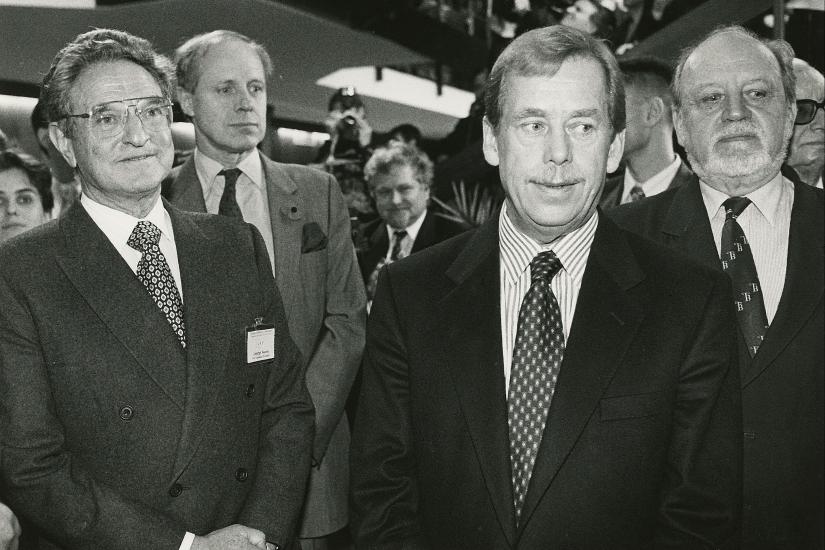 In 1989, a group of European intellectuals from three Central European countries,  came together to discuss the idea of a new educational institution, which would transcend national borders and the constraints of history, tradition and prejudice. In  April 1990 in Bratislava, the leaders of three Central European countries endorsed the idea of a university to champion the principles of democracy and free societies in the region, A year later, with the support of the financier and philanthropist George Soros, the Central European University started operating in Prague. That same year, the university opened two sister branches, in Budapest and Warsaw. In 1996, the Prague branch of CEU, made to feel unwelcome by the government of  the Czech Republic, relocated to Budapest. Less than three decades later, in 2019, following the passing of legislation by the Hungarian government and parliament targeting CEU, the university was once more forced to relocate its teaching, this time to Vienna.

CEU’s story is both illustrative, and a result of some of the broader developments and challenges of Central Europe after 1989. To mark the anniversary of the university’s founding 30 years ago, the Václav Havel Library will host a panel discussion with the current and two former rectors along with a Czech sociologist and CEU alumna, who has made the university the subject of her scholarly work.

Tereza Pospíšilová - Czech sociologist and CEU alumna, author of “Different from the others: Central European University in Prague, 1990 - 1996” and other publications on the subject.

The program will be streamed live in English on the Havel Channel.

Photograph of the opening of CEU's 1992/1993 Academic Year reproduced with the permission of Richard O'Rourke.