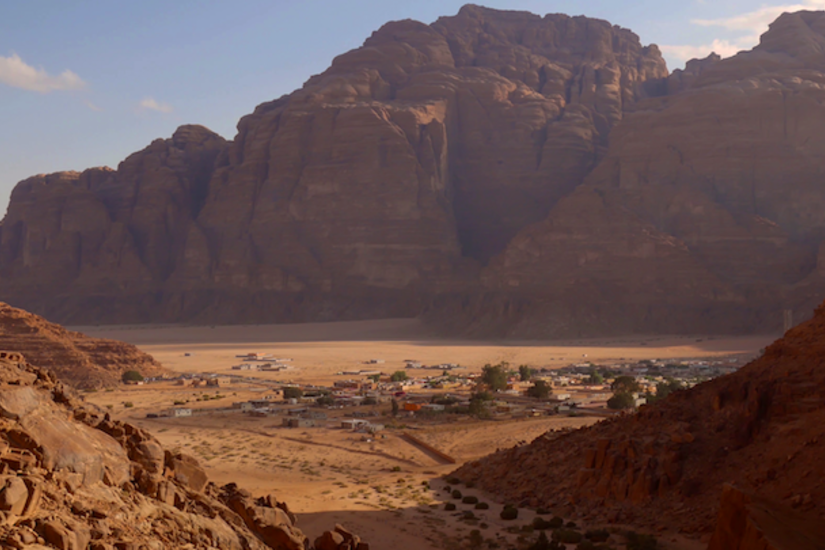 The Visual Studies Platform (VSP), Ethnocineca and the Vienna ​Visual Anthropology Lab (VVAL) of the University of Vienna invite you to a Film Talk by anthropologist-filmmaker Pavel Borecký about the relations between film, anthropology, and climate activism on Wednesday, 12 May 2021, 15.00.

The session is part of the VSP/VVAL Master Class Series on "New media practices for social research" and it is hosted jointly as part of the ethno cineca - International Documentary Film Festival Vienna.

Pavel Borecký is a PhD candidate in Visual Anthropology at the University of Bern. He conducts research on water infrastructure in Wadi Rum in Jordan, a region affected by climate change, agricultural transformation and urbanization, and growing conflicts over water shortages. In this research, he employs a more-than-human storytelling approach, inspired by the Sensory Ethnography Lab, to expose the vulnerability of existence and process environmental grief.

In this joint ethnocineca  Film Talk and VVAL & VSP Master Class, Borecký will discuss the challenges and questions that emerge when doing ethnographic research into ecological issues - “ecography”, as Borecký calls it. How best to intervene in climate action? Sharing scenes from his film “Living Water” (2021), Borecký will provocatively argue that, to take the ethical implications of Nature/Culture debate seriously, ethnographic filmmakers should urgently initiate a new crisis of representation and offer a collective storytelling response.

The film LIVING WATER can be seen in the online programme of Ethnocineca (Thursday 6th of May – Thursday 13th of May 2021).

The Master Class is publicly accessible and free upon registration.

We kindly ask you to register for the event free of charge and informally, stating the event, name and email address at registration@ethnocineca.at. You will receive an email with a link and access details before the respective event.