Devils or Allies? Representations of the Ottomans in the Early Reformation (1517-1530) 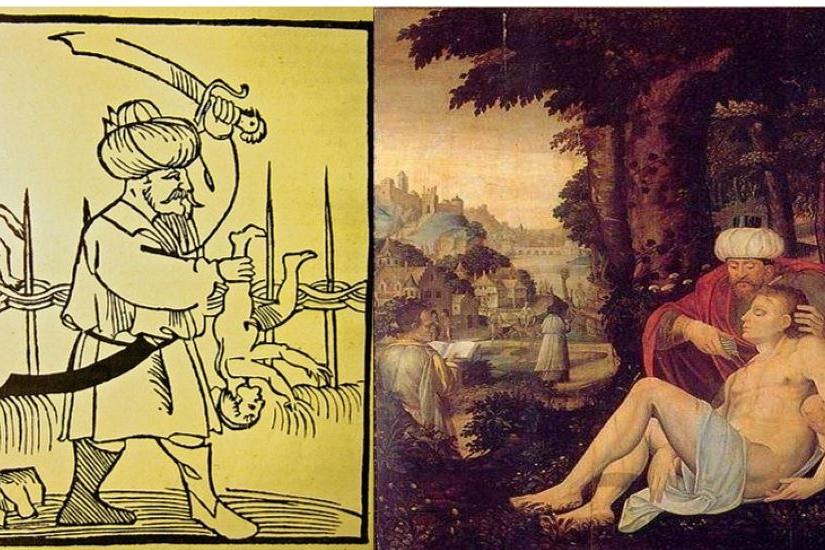 The early phase of the reformation coincides with Suleiman the Magnificent’s ascension to the throne of the Ottoman Sultan (1520), and his subsequent campaigns against Christian powers in Europe. In 1521, the Ottomans sacked Belgrade, in 1526 they defeated the Hungarians and their allies at Mohács and, in 1529, they laid siege to the city of Vienna. Further conquests in the German lands and Western Europe appeared to be only a matter of time.

Two typical 16th-century depictions, the “child-butchering Turk” and the “Ottoman Samaritan,” illustrate that the Ottoman conquests were met with great fears and apocalyptic expectations, but also with high hopes for a peaceful coexistence of Christians and Muslims, based on common humanity.

While Pope Leo X had called for a new crusade, the German reformers had to find their own position towards the Ottomans. Martin Luther first perceived them as divine punishment of a sinful Christian society and later as the apocalyptic peoples of Gog and Magog, who would bring the end of civilization and history. Thomas Müntzer, Luther’s chief opponent within the German reformation movement, took a different stance. He not only hoped that the Turks would purge Christianity of harmful elements but also invited them to join the supra-confessional “New Apostolic Church,” he was going to establish. The presentation will show that the different perspectives on the Ottomans are embedded in the reformers’ widely different theological approaches and conceptions of church reform.

This presentation is a part of a recent series of events – the CEMS Research Seminar – informal, lunchtime gatherings at which CEMS members present their current or recent research in a friendly, low-stakes environment. The presentations are brief (15-20mins) and ample time is left for discussion. The idea is to become more familiar with one another’s research and encourage conversations within CEMS. In this way, we hope to strengthen the internal community and benefit from the excellent scholarship in which our colleagues are engaged.