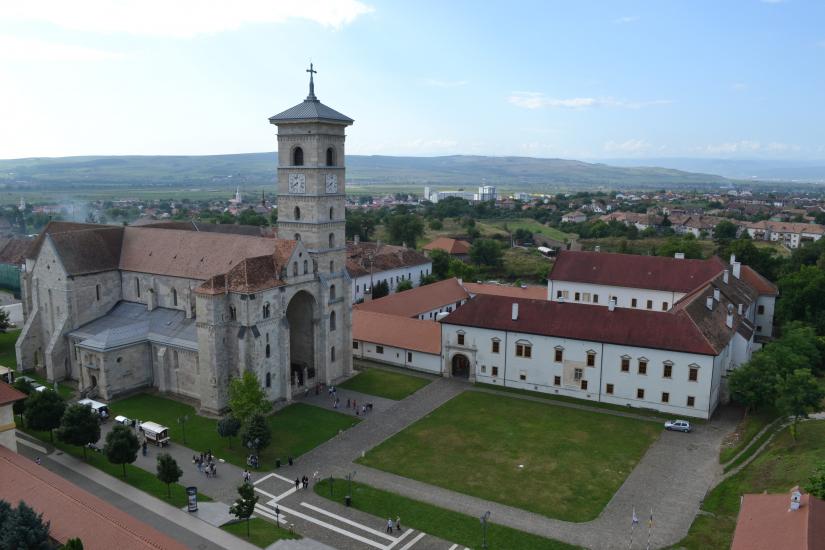 The medieval Saint Michael Cathedral in Alba Iulia served as a court church from the mid-sixteenth century since the palace of the bishops of Transylvania was turned into the residence of the princes, rulers of the Transylvanian Principality. The church was also the burial site of princes and their families, where a series of large-scale funerary monuments imported from Poland were set up in the seventeenth century to preserve their memory. Only fragments of the monumental architectural structures have survived, the skeletons of the once majestic memorials previously unseen in Transylvania. The paper addresses the question why they decided to order and transport these large and costly structures from Poland, and why and in what respect they broke with the local traditions of commemoration. As I will suggest, these funerary monuments did not “speak” the Transylvanian language of commemoration because they were created to position the princes among the European rulers, their court in the context of contemporary European courts, and the site, the form and style – consequently, the sculptor – was chosen accordingly. I will explore how the audience in early modern Transylvania read these monuments, and argue that, even if hardly anything has survived from these once prestigious structures, the Alba Iulia cathedral as burial site provides an influential narrative about Transylvanian rulers even today.

Dóra Mérai is an art historian and archaeologist, postdoctoral fellow and lecturer at CEU’s Cultural Heritage Studies Program. She earned her PhD in Medieval Studies from CEU in 2018, for a thesis entitled “Memory from the Past, Display for the Future: Early Modern Funeral Monuments from the Transylvanian Principality." She published a book and numerous papers on various aspects of visual and material culture and commemoration, Renaissance art, as well as the historiography of art history and archaeology. Her current research in various projects addresses the problems of periodization in art history, the role of material and visual culture in the history of emotions, the adaptive reuse of heritage (OpenHeritage, H2020), and the heritage of the industrial era (CONSIDER, H2020).