The restitution of Romani artworks and artefacts 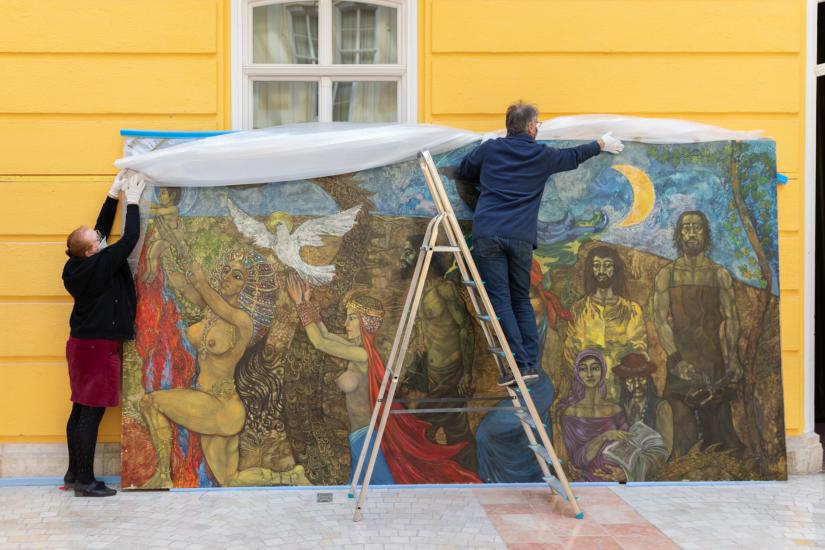 The restitution of Romani artworks and artefacts

Please register by 30 May at https://bit.ly/3uWz7Ah

Recent struggles for racial justice and decolonization force cultural institutions, museums, and galleries all over the world to critically reflect on their past, their exhibited objects, and their present narratives. Communities whose looted artifacts were taken away from their original contexts and were displayed purely for aesthetic purposes have been building pressure, challenging representation and claiming back their own properties.

Similarly to that of other colonized communities, Romani culture has been perceived and studied as “exotic”, “oriental”, “primitive”, and “naïve art”. Romani artefacts and artworks have been “collected” by museums and galleries all over Europe. In Hungary more than four thousand artworks were acquired (and catalogued, mostly under ethnographic characteristics) by seven institutions and yet to date there is not a single permanent exhibition where Roma art could be seen or studied in an ethical way. Roma communities have no access to their own cultural heritage. Furthermore, an immense part of the existing art collections have been stored under horrific conditions and are exposed to the potential risk of serious damage.

The present panel is a joint initiative of the Romani Studies Program at Central European University, the European Roma Institute for Arts and Culture and OFF Biennale. These organizations facilitate RomaMoMa which is a platform to envision and discuss the possible forms of a Roma museum of modern and contemporary art that will expand in time and space through a series of exhibitions, discussions, and art projects. Within the framework of RomaMoma, the monumental painting titled Birth by Tamás Péli is going tobe exhibited in the Budapest History Museum, after being invisible for more than a decade. This exhibition does not only make a magnificent work visible but also raises the historical and moral responsibility of cultural institutions and governments vis-à-vis Romani cultural heritage.

The panel takes place within the framework of the Critical Approaches to Romani Studies Conference. See further details at https://www.facebook.com/events/209849404286465

The panel is going to be livestreamed on the Facebook page of the Romani Studies Program at CEU https://www.facebook.com/CEURomaniStudiesProgram

Cover image: Birth by Tamas Peli created in 1983, exhibited in 2021 within the framework of the RomaMoMa project of OFF-Biennale Budapest. Photo credit: Ákos Keppel/BTM.