Fudan Hungary and Its Contexts 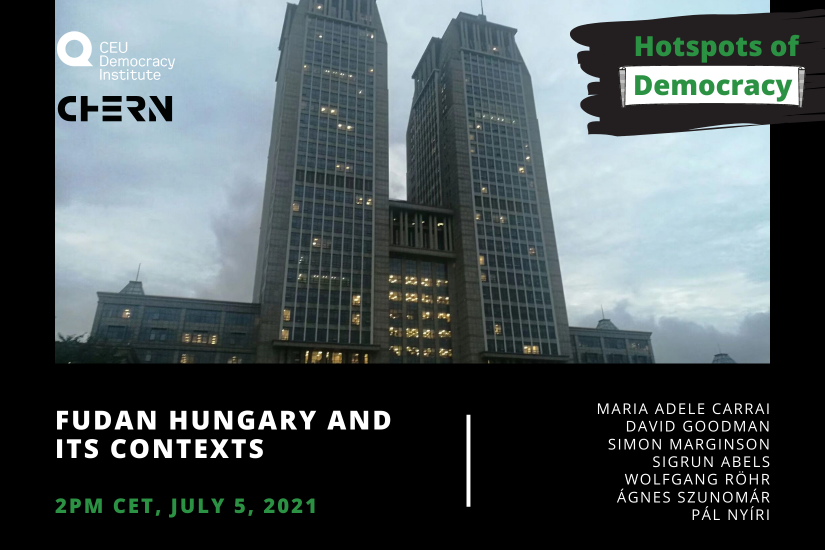 Hungary’s democratic opposition has used protest against the government’s plans to set up a Fudan University branch campus in Budapest to galvanize its supporters ahead of next year’s general election. Opposition politicians, including Budapest's mayor, describe the plans as a Trojan horse of Chinese “communist” indoctrination and spying in Europe, imposed by China on a Hungarian government that is all too willing to sell out national interest for some cash.

Much of the opposition has in fact been fueled by concerns about execution. The government granted premium city land previously intended for a student housing project to a private Fudan Hungary Foundation. Public funds earmarked for the project amount to more than the yearly funding of Hungary’s entire public higher education, and they will reportedly come out of a Chinese loan, presumably to be spent on Chinese contractors.

If the project goes ahead in this way, it will be the largest urban infrastructure project in Europe linked to a Chinese state entity. But worries about this should not overshadow a substantive discussion of what the first campus of a Chinese university outside Asia could mean to higher education in China and worldwide. If built respecting local preferences and law, could it make a welcome contribution to global intellectual exchange? Under what conditions, if any, could it provide a platform for free academic conversations across, and about, ideological and epistemological divides? Will the globalization of Chinese universities diversify an existing market or will it mainstream a new model of state-controlled and -censored academic mobility? How much autonomy can universities and academics expect in this model?

The roundtable discussion, organized jointly by the CEU Democracy Institute and the China-in-Europe Research Network (CHERN), will seek answers to these questions, and many more.

Maria Adele Carrai is Assistant Professor of Global China Studies at NYU Shanghai. Her research explores the history of international law in East Asia and investigates how China’s rise as a global power is shaping norms and redefining the international distribution of power. Prior to joining NYU Shanghai, she was a recipient of a three-year Marie-Curie fellowship at KU Leuven. She was also a Fellow at the Italian Academy of Columbia University, Princeton-Harvard China and the World Program, Max Weber Program of the European University Institute of Florence, and New York University Law School.

David Goodman is Professor Emeritus in the Department of China Studies at Xi'an Jiaotong-Liverpool University in Suzhou, China; in the Department of Government and International Relations at the University of Sydney; and in China Studies at the University of Technology, Sydney. He is also a Fellow of the Academy of Social Sciences in Australia. His research has concentrated on China’s provincial politics; the history of the Chinese Communist Party; social and political change in China since 1900, especially at the local level; the formation of local elites in contemporary China; and German colonial adventurers in China 1870-1937.

Sigrun Abels is head of the Center for Cultural Studies on Science and Technology in China at TU Berlin. She is also the managing director of the CDHK Berlin office (Chinese-German college of Tongji University, Shanghai) at the Faculty of Business & Management at TU Berlin. She teaches and researches China's media in the transformation process and the science system of China; she also worked as a radio journalist and lecturer at Deutsche Welle in Germany and abroad. She conducts her "TUB / Tongji Summer School" course for German students at the CDHK in Shanghai every year.

Wolfgang Röhr is Senior Research Fellow at the German Studies Center of Tongji University and former Consul General for Germany in Shanghai. From 1978 to 2014, he served in the German Foreign Service, for six years in the Political Department of the Embassy in Beijing and eight years as Consul General in Shanghai. He also directed the East Asia Desk at the Foreign Office and was Ambassador and Head of the Task Force China-Germany. He also served in Geneva, New York, Tel Aviv, Hong Kong, and Lisbon, and was a member of the German Delegations at the United Nations, the Committee on Disarmament, NATO, and the European Union.

Ágnes Szunomár is a Hungarian economist who extensively looks at China’s economic footprint in Central and Eastern Europe. She is the head of Research Group on Development Economics at the Institute of World Economics, CERS, Hungary and associate professor at Corvinus University of Budapest. She is a member of the European Cooperation in Science and Technology (COST) Action "China In Europe Research Network” where she is the head of Working Group on “Strategic sectors and infrastructure developments", while she is also a member of China Observers in Central and Eastern Europe (CHOICE) network.

Pál Nyíri is professor of global history from an anthropological perspective at Vrije Universiteit in Amsterdam, the Netherlands, and head of CHERN's working group on migration and labor. Before coming to the VU, he taught at Macquarie University in Sydney. His main research area is the international mobility of contemporary Chinese elites. He is also interested in Chinese nationalism, the politics of immigration in Eastern Europe, and comparative approaches to Eastern Europe and China.