Suzana Miljan (Croatian Academy of Sciences and Arts): A Unique Source for the History of the Kingdom? - The Analysis of the Court Records from Sixteenth-Century Turopolje 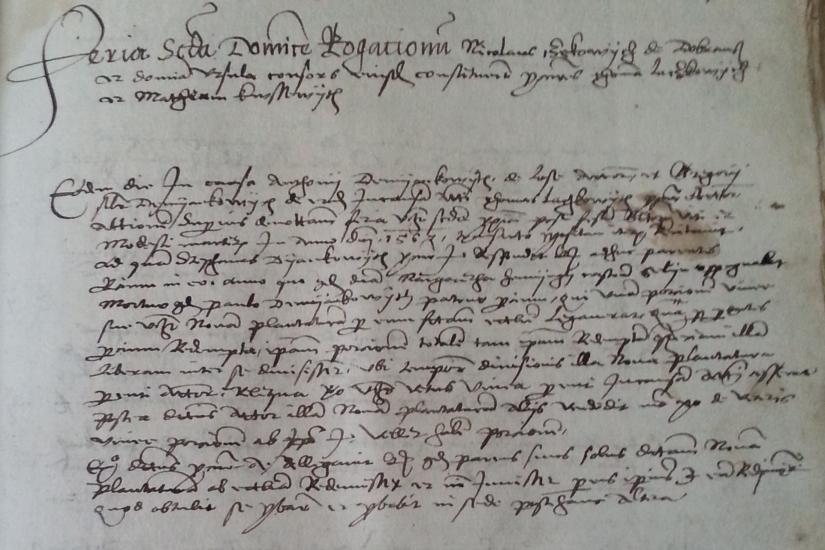 The foundation of legal life in the area of Turopolje (Slavonia) is considered to be the so-called brotherhood of the Turopolje nobles of 1560, regarded as some sort of constitution of local noble autonomy. Due to various circumstances and favorable political and social factors, it remained a unique case in the whole Kingdom of Hungary-Croatia. The community had decided to codify their customary law: a number of norms regulating the relationship between members of the noble community, their obligations towards the community as a whole, and the election of officials, their jurisdiction and the procedures to be followed in lawsuits brought before them. Criminal matters, family and inheritance law were also briefly discussed. The charter was considered to be the foundation of the legal life of this noble community until the nineteenth century. However, luckily, Turopolje is also a particular case regarding customary law because the protocols of the noble community's court are extant. The lecture will present the results of the analysis of the Latin courts records of Turopolje (1550s-1580), totalling almost four hundred pages. Matters that will be addressed in the lecture: the overview of the composition of the court, the cases presented there, the frequency of sessions, the materia of disputes, the matters of legal procedure (advocates, parties involved, the frequency of women represented there, etc.). Finally, the lecture will tackle the question whether this protocol can be viewed as unique (of the local noble community of Turopolje), or something similar can be found in other corners of the Kingdom.

Suzana Miljan defended her doctoral thesis, “The noble society of the county of Zagreb during the reign of King Sigismund of Luxemburg (1387-1437)” under the supervision of Damir Karbić. Since 2019, she is employed at the Institute of Historical and Social Sciences of the Croatian Academy of Sciences and Arts, where she holds the position of senior research fellow as of 2020 April. She spent a term at CEU's Department of Medieval Studies and at UCL's School of Slavonic and East European Studies. Together with Kosana Jovanović, she founded the Medieval Scholarly Workshop in Rijeka in 2013. She is the editor of two book series of Trivent Publishing: History and Archaeology of South-Eastern Europe. From the Roman Period to the French Revolution (2020, with Ljubica Perinić) and Mythologos (2021, with Nada Zečević). She received the Croatian Parliament National Award for Humanities for Young Researchers in 2014.