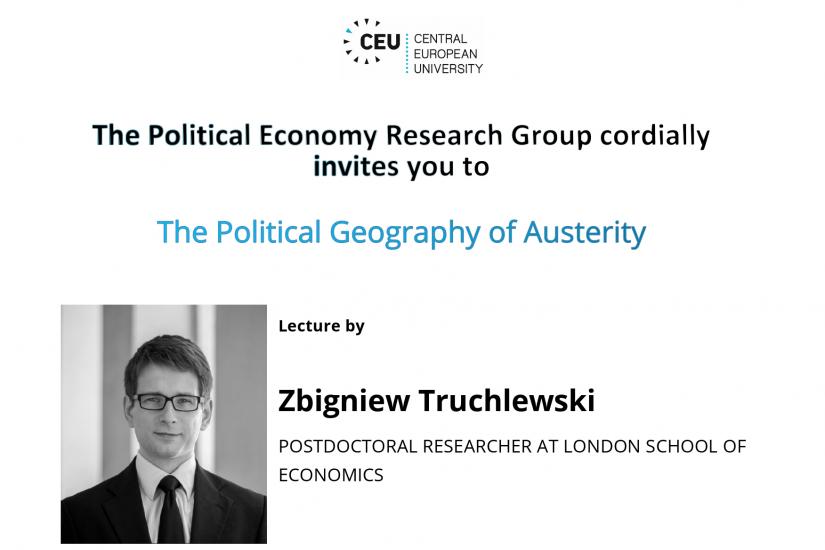 ABSTRACT / Scholars of austerity focus mostly on domestic factors. This paper explores the alternative hypothesis: are austerity policies spatially correlated? My findings are threefold. First, spatial correlation in austerity policies is strong in all types of austerity, but is strongest for spending cuts. Second, spatial correlation is strongest in Europe. Third, and most importantly, I find that, counter-intuitively, the effect of spatial correlation is strongest when countries have healthy fiscal positions. This suppresses possible further stimulus and economic demand, while suggesting that austerity is enacted prematurely due to external pressures. I thus propose a political, rather than an economic argument, for the creation of a European fiscal capacity that would diminish irrational collective behavior. Such a reform would substantively improve the resilience of European economic governance.

Bio / Zbigniew Truchlewski is a research officer at the London School of Economics in the ERC SOLID project led by Prof. Waltraud Schelkle. As a political economist, he focuses on the politics of macroeconomic policies, austerity politics, the Euro, EU crisis politics and Central-Eastern Europe and Bayesian statistics. He has published on the comparative politics of taxation, the political economy of the Euro, the external governance of the Euro, on fiscal policy in Germany and Central-Eastern European politics. Previously, he was a Swiss Government Excellence Scholar and a Max Weber Fellow at the EUI. He received his PhD from CEU summa cum laude with no revisions, awarded the best doctoral dissertation. Zbigniew has held visiting fellowships at Cornell University, the London School of Economics and the EUI and has worked at the European Central Bank, the European Commission (DG ECFIN) and the OSCE. He holds degrees from the Sorbonne (BA), Sciences Po Paris (MRes) and the College of Europe (MA)