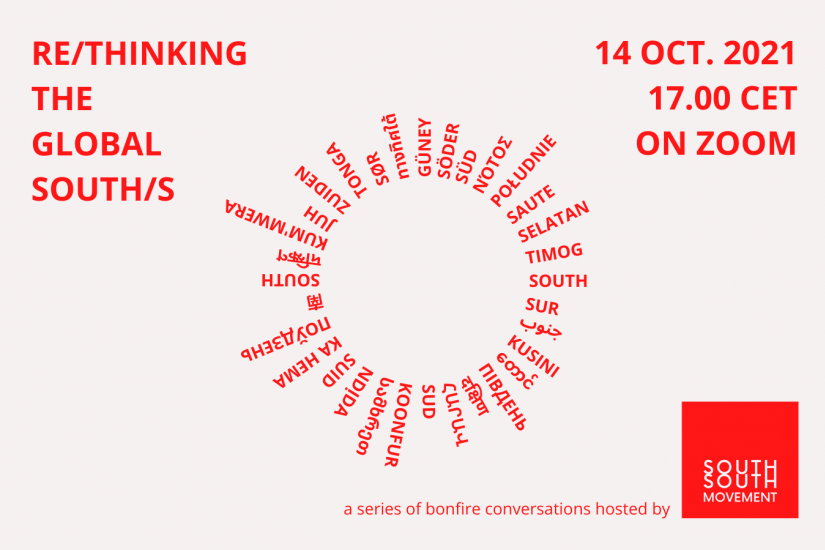 The South/South Movement is pleased to invite you to a series of conversations on the idea of the global south/s. Please register here to receive the Zoom link to join the first installment.

As a construct, the ‘Global South’ polarises views in the social sciences. On the one hand, proponents often think of it as a kinder alternative to the chequered genealogies of the ‘Third World’ or ‘developing world’. For some, it captures the Asian-African solidarity against colonial powers in the shape of the now-forgotten Bandung Conference. On the other hand, some resist the woolly term for it reproduces the very politics of othering it seeks to criticise, ever so trapped in the language of the Global North. That it is oblivious to the struggles of the powerless and the dispossessed in so-called ‘advanced economies’ and post-socialist countries in Eurasia.

Yet, recent attempts have been made to retrieve the conceptual promise of the Global South as a political imaginary that forges solidaristic ties between and among peripheries, no matter the hemisphere. Others even put forward the notion of the ‘global souths’ to refrain from monolithising the conditions of ‘southernness’.

Why and how do we commit to the Global South as a different way of world-making in various disciplines? Are there more reflexive alternatives to the concept? What happens when voices from the global south/s come together and think through these issues together?

Join the conversation and share your views with us, as it were, by the bonfire.

South/South Movement is a transnational student collective invested in promoting Global South research/ers and decentering knowledge production in gender studies, international relations, politics, public policy, and other neighbouring disciplines. Masters and doctoral students at CEU and beyond are welcome to join. Help shape the movement by signing up here: https://forms.gle/zdapnp4PrmZpfdQE8.