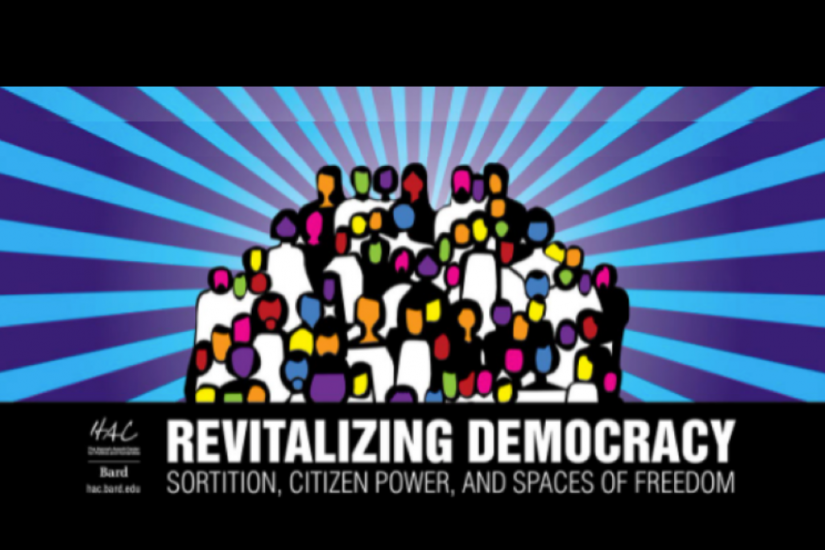 Register for the live webcast

Hannah Arendt knew that democracy is tenuous. In 1970 she famously wrote:
“Representative government is in crisis today, partly because it has lost, in the course of time, all institutions that permitted the citizens’ actual participation, and partly because it is now gravely affected by the disease from which the party system suffers: bureaucratization and the two parties’ tendency to represent nobody except the party machines.”

Democracy is weakened when citizens are encouraged to hand over the time-consuming work of self-government to professional politicians. Arendt was continuously critical of representative models of democracy that rely upon experts in place of participation, which is why she rooted the crisis of democracy in the dissipation of public power.

Arendt’s response to the disempowerment of the people in our modern world of bureaucratized politics was decentralization and the council system. At all times, when the people are mobilized to engage politically, they form citizens' councils, as happened in New England town meetings, the revolutionary clubs in France, the soviets in Russia, and the municipal councils in Hungary. In every case, these public forums provided spaces for the experience of public and political freedom. The life of the free person needs “a place where people could come together—the agora, the market-place, or the polis, the political space proper.”

The crisis facing democratic regimes today is cause for serious concern; it is also an opportunity for deep reflection on questions and assumptions concerning liberal representative democracy. Instead of assuming a defensive posture and taking up arms to defend the status quo, our conference asks: how can we revitalize our democracy?

“Sortition” is one answer increasingly forwarded by citizen activists. Sortition refers to a government of representatives chosen by lottery instead of by election. By bringing non-expert citizens into political institutions, sortition both breathes energy into representative democracy and nurtures virtue amongst citizens. It is one way to address the deficit of democratic participation that plagues modern democracy.

At the Arendt Center we recently launched the Bard Institute for the Revival of Democracy through Sortition (BIRDS), a critical platform for diverse research and resources that are emerging around deliberative democracy and sortition. Sortition is not simply an abstract idea. Around the world, citizen assemblies of randomly selected participants are meeting to discuss and decide upon important political controversies. Our 2020 conference will bring leading experts on democracy and on the use of citizen assemblies to Bard to ask how elements of lottery and citizen governance can help reenergize our democracy. Questions to be asked at our conference include: