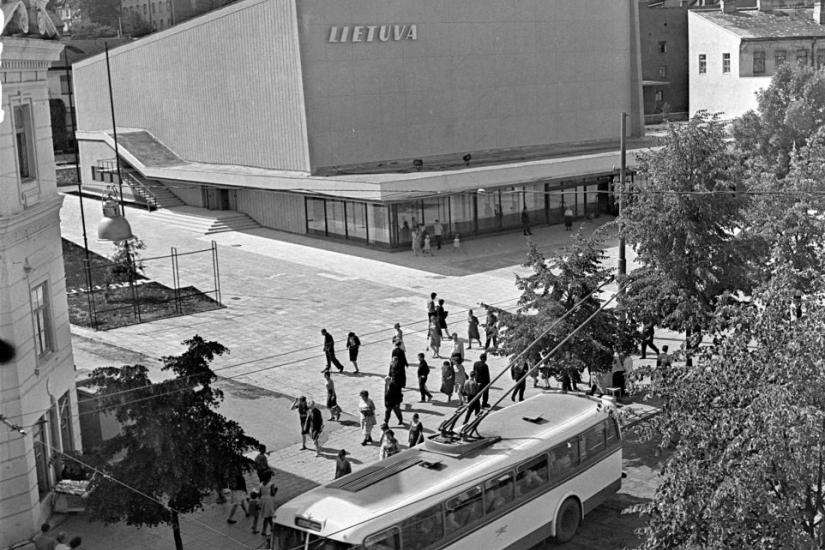 The doctoral defense will take place in hybrid mode, with some participants at CEU in Budapest subject to campus Covid-19 regulations, while others may join online. For further information, contact Margaretha Boockmann, PhD coordinator (boockmannm@ceu.edu).

Selling Culture in a Socialist State: Film Screening, Ideology and the Plan in the Lithuanian Soviet Socialist Republic (1956-1972)

Cinematic life in the Soviet Union has long been established as a domain of state propaganda, within which cinema was defined by the authorities as an ideological weapon designed to mould socialist consciousness and foster the loyalty to the socialist project. Among the consequences of the ambition was the conflictual relationship between film creators and the authorities, but Soviet utilization of cinema as an ideological tool was enacted in another area of cinematic life – the decades-long project of cinefication, conceived as an attempt to develop a network of cinemas across the USSR. Within the framework of Soviet cultural programme, the ascribed value of film screening was akin to that of the film itself: it lied within cinema’s potential for aesthetic and political betterment of a person and a collective. As such, film screening seemed to be estranged from the material concerns or the pursuit of profit. Yet, during the 1960s Soviet film screening network was fraught with worry about the “cash register film” – a category defined by its vast capacity to attract audiences to cinema and generate cash income. Not only was the cash register film one of the culprits behind the growing presence of Indian or Western films on Soviet screens – it also introduced a persistent presence of economic valuation of an ideological weapon, highlighted the contradictions of the Soviet cultural enlightenment project, and was a symptom of the presence of strategies rooted in the pursuit of economic gain on the ideological front of film screening and outreach to Soviet people.

Conceived as a study of a microcosm of a cinemagoing in one of the Soviet Union’s republics (the Lithuanian Soviet Socialist Republic), the dissertation explores the phenomenon of the manifestations of material interest in the cinema network. Focusing on the multifaceted, yet interrelated, areas of film screening – administrative and economic coordination of cinema network, screening of films, provision of cinema services, advertisement practices, and work - the dissertation explores the life of film and cinemagoing as objects of economic exchange. The inquiry suggests that the multilayered factors of the presence of limited cinema enterprise autonomy, the intricacies of institutional and financial planning structure, financial discipline measures, pressure towards cost efficiency and the expansion of the socialist consumer cultures characteristic to socialist 1960s created an array of incentives for socialist cinema enterprise to both pursue income and pay attention to the audiences’ preferences, even if often at the expense of cinema’s ideological promise.