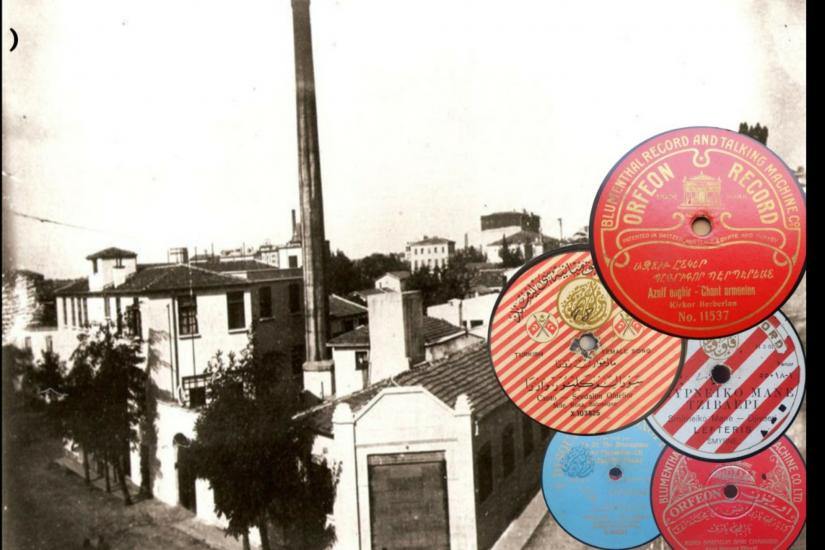 This lecture will explore the multi-directional journeys of the (music) recording history in the Ottoman world --that is in Constantinople, Smyrna, and Salonica-- in the first three decades of the 20th century. Drawing on the life stories and examples of commercial records it will illustrate the changing styles, content, and language use in music production in this most turbulent period of the crumbling empire. The talk will specifically underscore the cultural, political, and identitarian implications of the emergence of recording technology on various communities and social classes.

At the turn of the 20th century, 78-rounds-per-minute (78RPM) records appeared in the “Orient” –almost simultaneously with their appearance in Europe. Within a decade sound engineers working for European companies swept the major cities of the Middle East, the Caucasus, and Asia to record performers for local markets. Grammophon records, recorded locally yet pressed in Europe, swiftly became a major commodity in global trade. This new commodity had bearings beyond its merchandise value; it reshaped the music, culture, politics, and economy for the Ottoman subjects at local, national, and global scales. This lecture will analyze these records played in Ottoman homes, coffee shops, and meyhanes, with a view toward expanding the study of nationalism, diaspora experience, and production of cultural forms to take account of the recording industry, in addition to the focus on print media that is often central to these fields of study.

CEMS Research Seminars are informal, lunchtime gatherings at which CEMS members present their current or recent research in a friendly, low-stakes environment. The presentations are brief (15-20mins) and ample time is left for discussion. The idea is to become more familiar with one another's research and encourage conversations within CEMS. In this way, we hope to strengthen the internal community and benefit from the excellent scholarship in which our colleagues are engaged.