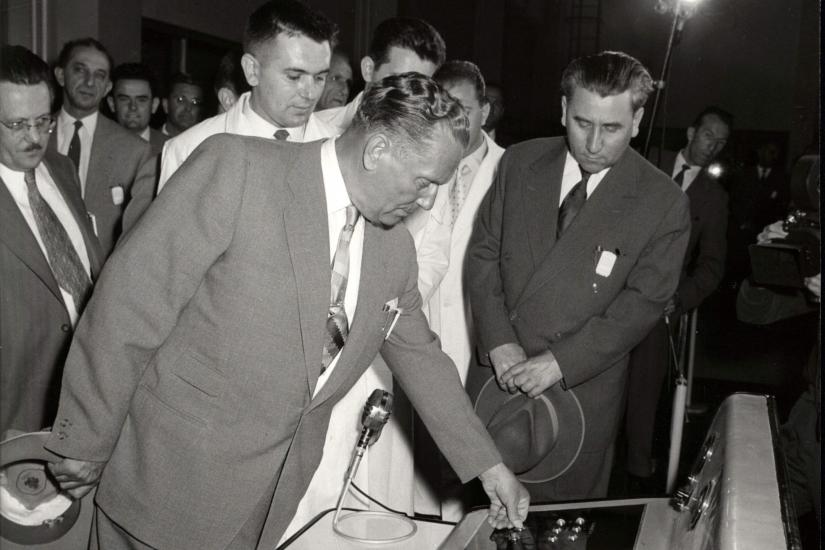 Due to the extraordinary measures introduced by CEU in regard to the Covid-19 virus situation, the doctoral defense will take place on-line.
For further information, contact Margaretha Boockmann,
PhD coordinator (boockmannm@ceu.edu).

The research presented in this dissertation provides a detailed analysis of the long and arduous evolution of a nuclear program in a developing country which desired to break out of the backwardness, join the elite club of great powers and play among the equals in Cold War political games and competitions. Starting this journey in the late 1940s without a single precondition for success except a sheer determination, by the mid-1960s Yugoslavia managed to master the most sensitive technologies, only to completely dismantle the entire nuclear program after the ratification of the Non-Proliferation Treaty in 1970. Important discovery is that in the interplay of various incentives that fueled both the desire for nuclear weapons in Yugoslavia and their eventual renunciation, the most potent were security concerns. This notion provides an additional argument in support of the neorealist theory, in which state security ranks on the top list of motives in the decision of a state to build the atomic bomb, although the complete explanation for both decisions is not that straightforward. Without underestimating all the effort, sacrifices and commitment built into the development of the Yugoslav nuclear program, this study reveals that the initial low starting point was not an impossible puzzle to solve. Reading this conclusion in the opposite direction, the real discovery is that it was exactly this commitment, based on the insatiable thirst for independence, the ‘logic of independence’ as defined in this study, which that kept the project rapidly evolving. This is wider category than the state security concerns, and represents an important characteristic of the Yugoslav state-system, having a dual quality of adding a fresh perspective in the existing debates and emphasizing the importance of historical analysis in non-proliferation studies.