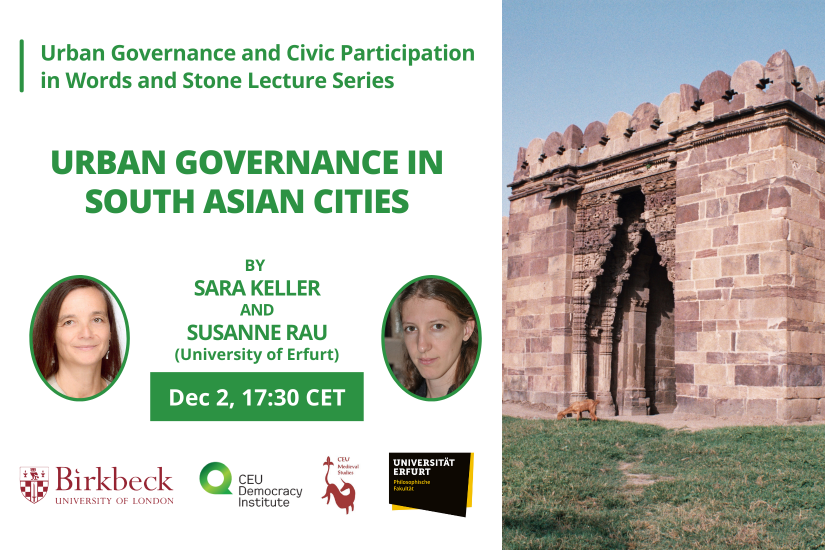 The medieval Sufi concept of “Unity in Diversity”, later rediscovered by Jawaharlal Nehru, has been widely used to characterize the South Asian city. How valid is this concept and what are the modalities of the cohesion of the physical, metaphysical and social urban body in South Asia? These are the questions triggering our discussion of the forces that are holding together these complex constructs.

In contrast to the hisba of the Islamic city or the Gute policey of German towns, South Asian cities are not equipped with written overarching ordinances to regulate urban life. To understand the coherence of the early medieval South Asian city, this lecture looks at the judicial sources, ethical references and attested modalities of the urban coexistence. After a brief overview of the crucial role played by corporate groups, the discussion focuses on Vāstu śāstra-s and their potential significance for the South Asian urban construct. The presentation shows that, beyond advising on the materiality of a settlement, the Vāstu śāstr-ic literature frames its cosmological reality, thus providing ontological and ethical elements for the coherence of the city.

Sara Keller has been a post-doctoral fellow at the Max Weber Centre Erfurt since 2019, focusing on the architectural landscape of South Asian cities. She specializes in sacred architecture and the intangible dimensions of space. In order to define complex socio-cultural contexts of the past, she explores a multidisciplinary approach based on the study of historical sources, ethnological methodologies and building archaeology-based surveys of historical monuments and urban structures. She focuses on South Asia, with projects on cities of South Asia, religious architecture and hydrospaces of Western India.

Susanne Rau (M.A. in History, Romance Languages and Literatures and Philosophy in 1997, PhD in medieval and modern History in 2001 at Hamburg University, Habilitation in 2008 at Dresden University), is, since 2009, professor of spatial history and cultures at Erfurt University, Germany; since 2011 she has been a regular visiting professor at the ENS Lyon and the CIHAM, France, and spokesperson of the research group “Spatio-Temporal Studies Erfurt”. She has published widely in urban history and in the theory, history and anthropology of spaces. Currently, she is leading a research project on the history of cartography in Europe and India, co-directing the in 2018 established Kolleg-Forschungsgruppe „Religion and Urbanity: Reciprocal Formations“, and directing a French-German project on the “Configuration of European Fairs (1350-1600)”.