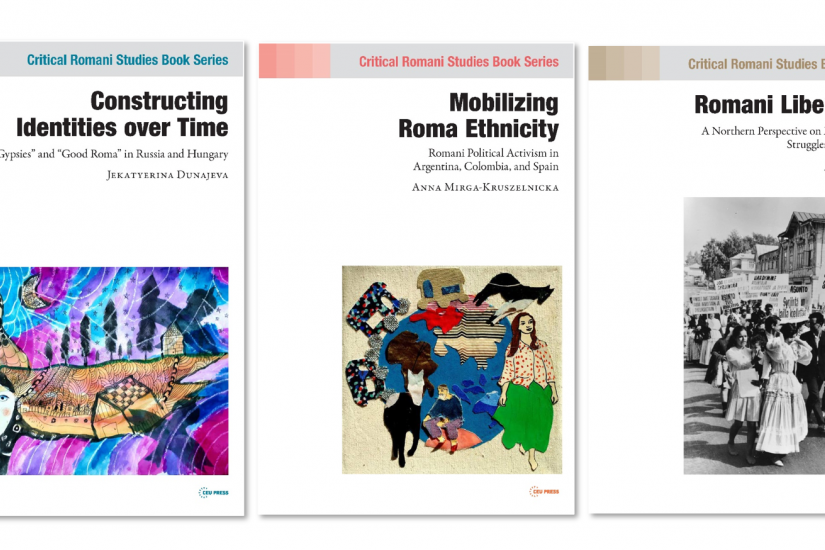 Please register by 2 December at https://forms.office.com/r/HCVLSwHQfz

The Romani Studies Program at Central European University and CEU Press are pleased to invite you to the launch of the Critical Romani Studies Book Series.

This book series aims to bring together emerging new interdisciplinary scholarship by Romani and non-Romani critical scholars within and beyond Romani Studies. The series galvanizes cross-dialogues between various regions, disciplines, ideas, approaches, and methodologies to expand the spatial-temporal and conceptual realm of critical Romani Studies. The book series critically examines the intersectional racialization of Roma as well as different forms of deep-rooted patterns of structural racial/classed/gendered exclusions, oppressions, and inequalities. You can find more information about the book series by clicking here.

The first three of books of the series are presented in a roundtable discussion with the director of CEU Press, Emily Poznanski; the series editors, Angela Kocze, Marton Rovid; the authors Jekatyerina Dunajeva, Anna Mirga-Kruszelnicka, Jan Selling; and an invited discussant, Maria Bogdan.

ROMANI LIBERATION by Jan Selling (to be published in March 2022)