Emotions and Nation: Making Community, Communion and National Subjects in the Narrative Sources of Brabant and Bohemia (1300–1400) 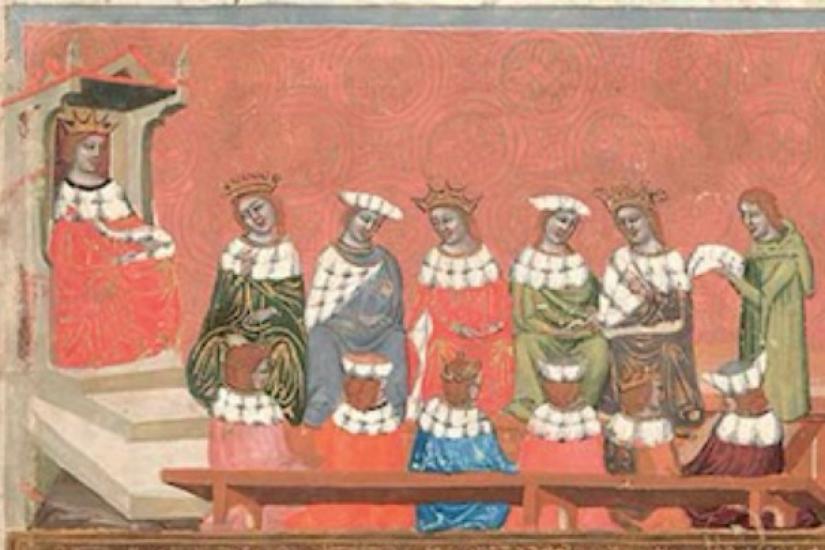 At the beginning of the 14th century, Bohemia and Brabant both developed a significant sense of nationhood, albeit with different intensity and values due to their dissimilar socio-political contexts. In both countries, a succession crisis had weakened the authority of the ruler (extinction of the Přemyslide dynasty in 1306 in Bohemia, the minority of John III of Brabant after the death of John II in 1312), and the two groups that had become the dominant political forces during the 13th century, the Czech nobility and the Brabantine bourgeoisie, managed to seize political control for several decades. To consolidate their position, they both developed a new vernacular literature, respectively in Czech and in Dutch, through which they shaped the idea of a nation that suited their enterprise, presenting themselves as the only group able to protect their country. The traditional argument defines the nation as a pre-political construct, a community that sees itself as the bearer of a common past and with a clear vocation towards self-government. Any national project that arises from this transmission has a tendency towards imbalance between the emotional and the rational. Considering the nation as a phenomenon both collective and individual, the main objective of this lecture will be to precisely examine this emotional dimension and the to-and-fro between the aspirations of individuals and the strategies developed by those who governed them. More broadly, through the concrete examples of Brabant and Bohemia, it will try to understand how the idea of the nation appeared, why it became a “fundamental political factor” at the end of the Middle Ages, having so much success among populations and in political instances.

Éloïse Adde joined the Department of Medieval Studies at CEU in 2021. She defended her PhD thesis on “Dalimil’s Chronicle and the Beginnings of Czech National Historiography in the Vernacular Language" at Paris 1 Panthéon Sorbonne (2011). After working with Humboldt University and Goethe University and CEFRES (Prague), she led a research project (2015-2018, FNR/University of Luxembourg) titled, "The Europe of the Luxembourg Dynasty. Governance, Delegation and Participation between Region and Empire – 1308-1437." As a Marie Skłodowska-Curie fellow (Saint-Louis University, Brussels), she developed a research project focusing on the emergence of nation thematization and instrumentalization in Europe by comparing urbanized Brabant and feudal Bohemia (1300-1450).  Now she is working on a synthesis (monograph) dealing with the development of the medieval nation in Europe (1300-1500).

Non-CEU guests who wish to attend the lecture on our Vienna campus (Room C210) are kindly asked to fill out this registration form no later than January 17 and observe CEU's current campus entry regulations.