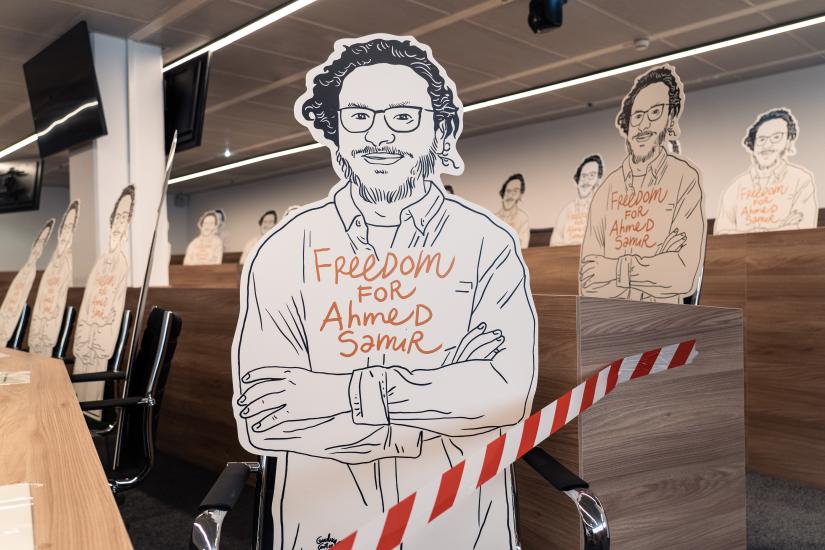 In February 2021, Ahmed Samir Santawy, Egyptian student and researcher at Central European University in Vienna, was arbitrarily detained and imprisoned by the Egyptian government. He is currently in ongoing solitary confinement.

Ahmed is not an isolated case. Patrick Zaki, an Egyptian student at the University of Bologna was imprisoned in February 2020. Following a huge international campaign, Zaki was released in December 2021. The charges against him have not been dropped, and he is set to attend a hearing on 1 February 2022. Walid Salem, a doctoral researcher at the University of Washington, was arrested in March 2018. He was released later that year, but his passport seized, and he is unable to return to his studies. These are but a few of the many researchers targeted in Egypt’s campaign against academic freedom.

Why are our peers being imprisoned? What can we do about it?

Free Ahmed Samir! Conference on Academic Freedom in Egypt brings together for the first-time a combination of academic experts and insiders to shed light on the mechanisms of academic persecution in Egypt. Political scientists, anthropologists, and religious studies scholars will dissect El-Sisi’s regime, with representatives from Amnesty International, the Tahrir Institute and Scholars at Risk offering further insights. In a first, the conference will also offer a platform for Ahmed’s peers and colleagues who continue to feel the impact of his disappearance. The conference also includes a discussion around Ahmed and Patrick’s research.

This year marks one year since Ahmed’s disappearance.

Join us online on January 25 and learn how you can play a part in combatting the war against academic freedom.

The conference can be followed on Zoom here.

Members of the CEU community can follow the conference from the Auditorium in person.