What Do EU Values Mean to the Citizens in the EU? 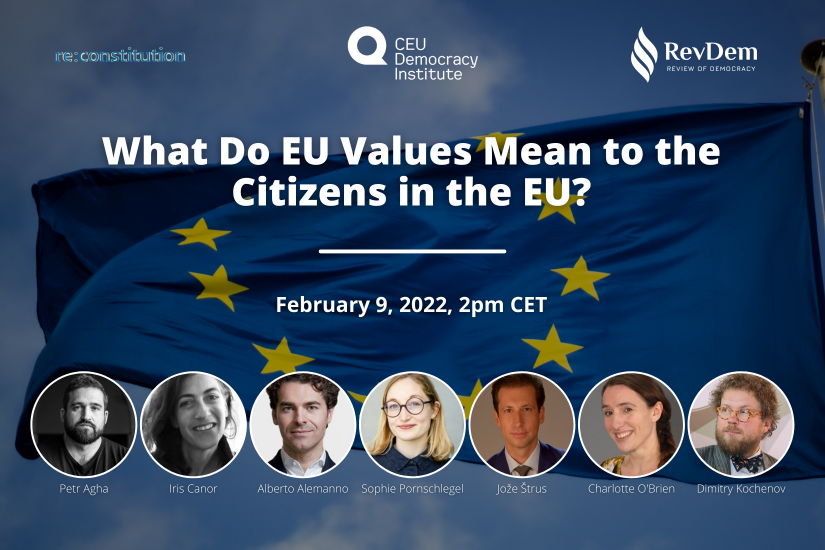 EU values of democracy, the rule of law and the protection of human rights are of crucial importance for the functioning of the Union and are woven into the very fabric of its self-vision and self-definition. Abuse of constitutional identity talk at the national level coupled with the rule of law backsliding and derailing of liberal democracies as well as the EU's own shortcomings put a renewed emphasis on the values' actual importance. While the citizens' engagement with and embrace of the values is usually taken for granted, the actual picture is obviously more complex. It is this complexity of citizens' perceptions and expectations that the stellar panel sets out to explore. Does the EU stand for "what citizens want"? What are the ways for the citizens to make their voice heard? Are there any tools for those brought down by the EU and or their Member States to make an effective appeal to the core values we all purportedly uphold?

Petr Agha is Deputy Director of the Center for Law and Public Affairs, Researcher at the Institute of State and Law, Czech Academy of Sciences and Senior Lecturer at the Faculty of Law of Charles University in Prague.

Alberto Alemanno is Jean Monnet Professor of European Union Law & Policy at HEC Paris. He has pioneered innovative forms of academic and civic engagement via his civic start up The Good Lobby and the EU Public Interest Clinic he established with New York University School of Law. He is a regular contributor to Le Monde, The Guardian, Bloomberg, Politico Europe, Forbes.

Charlotte O'Brien is Professor in York Law School. She is the PI on the EU Rights & Brexit Hub, a legal action research project advising and supporting organizations working with EU nationals in the UK, and documenting the obstacles they encounter through advice-led ethnography. She specializes in EU social law and citizenship, and both UK and EU welfare law.

Jože Štrus is Policy Officer responsible for the Rule of Law at the European Commission’s Directorate-General for Justice and Consumers (DG JUST).

Dimitry Kochenov leads the Rule of Law Workgroup at CEU Democracy Institute and teaches at the Department of Legal Studies. His research focuses on the principles of law in the global context, with a special emphasis on the Rule of Law, citizenship, and the enforcement of EU values.