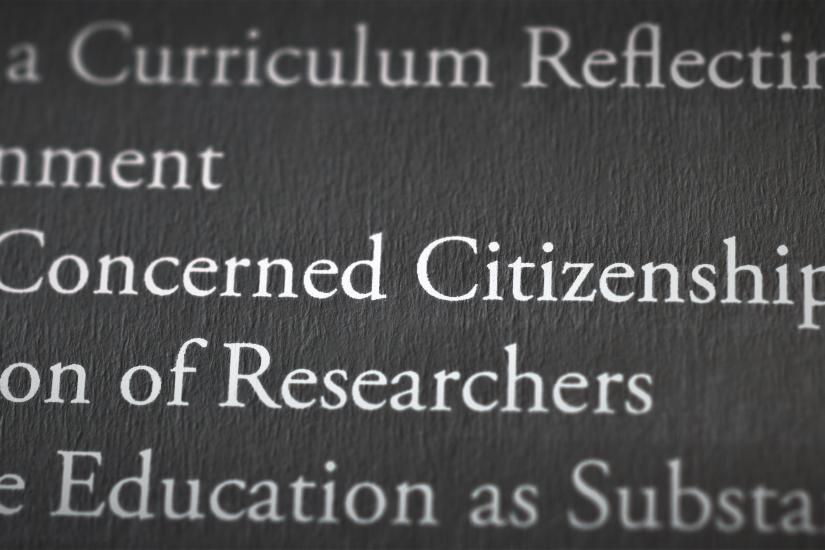 This symposium proposes to discuss whether, and then how, university teaching and learning, research, governance and outreach should be redesigned to promote the ideal of what Yehuda Elkana called “concerned citizenship.” Higher education become very prominent, in some places even acquiring an unprecedent degree of centrality on the public agenda immediately downstream and upstream of the year 2000. With this, the idea of promoting public responsibility and citizenship in and through higher education gained more and more traction. In the meanwhile, the “golden age of higher education has passed”, we are told, with the Great Recession, at least in the North, in terms of continuously increasing enrolment and access; the announced “death of expertise” has further reduced the public’s expectations from, and trust in, higher education’s contributions. Is the ideal of concern citizenship still actual at all?  Is it still on any agenda? Elkana provided us with some of the preliminary answers on how to preserve and promote concerned citizenship in universities: make the study of values a cornerstone of education for critical thinking; create an intellectual fusion of theory and practice; emphasize personal and social responsibility; develop ethical reasoning and a critical and reflexive approach to knowledge. He argued that universities should have the ambition to educate their students in a way that enables them to become “responsible, concerned, problem-aware citizens.” As a scholar concerned with the big questions of humanity, he viewed the proximity of academic studies to real-life situations as “an epistemological necessity.” Taking up this challenge would help foster the ability of graduates to ask well-informed questions and pass judgements based on relevant knowledge – which should be multidisciplinary, as in reality science and a purely disciplinary approach to real-life problems can only give partial solutions.

The symposium will consist of four thematic panel discussions on the meanings of the “concerned scholar” concept, today and tomorrow, in the areas of teaching, research, governance and outreach.  Each session will include a debate among invited panelists and an open discussion with the participants:

Panel 1: What curriculum for the interdisciplinary training of “concerned citizens”?

Panel 2: Training socially responsible researchers. Who are they and what should they do?

The symposium will be the sixth event in a series of workshops and conferences on higher education inspired by the legacy of Yehuda Elkana.

-           a workshop at the Max Planck Institute for the History of Science in Berlin (From Local Universalism to Global Contextualism, September 2013);

-          a workshop organized by the Volkswagen Foundation in Hannover (What is Intellectual Quality in the Humanities?, September 2014);

-           a third event in Jerusalem and Tel Aviv in September 2015 (Curricula and Humanistic Scholarship: Between Tacit Knowledge and Public Discourse);

-          a conference organized at CEU Budapest in September 2016 (The Metamorphosis of University Governance at the Beginning of the 21st Century) that also included a Yehuda Elkana posthumous book launch (The University in the 21st century: Teaching the New Enlightenment at the Dawn of the Digital Age, co-authored with Hannes Klöpper);

-          an online symposium in November 2020 revisiting Yehuda Elkana and other thinkers’ vision about “the university of the 21st century” in light of the expected challenges of the post-COVID period.

The event is open to public, registration is required (please register by 10 February 2022)